Middle East colo project a first for the region 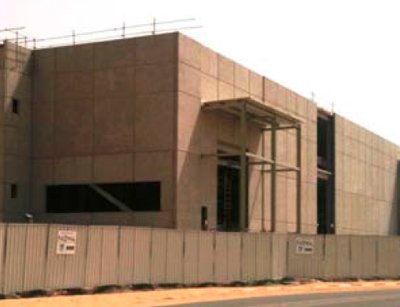 The first vendor-neutral colocation data center will opening in the Middle East before the end of the year.

Gulf Data Hub, being built in the Dubai Silicon Oasis technology park will launch the data center in phases.

The first phase, which will comprise of two buildings – Dubai 1 and Dubai 2 each with 3,000 sq m of usable whitespace - will launch in Q4 this year under a budget of US$30m.

Each will house a mechanical and electrical plant on the ground floor, with three 1,000 sq m modular data halls catering to more than 400 server racks each.

Future phases of the modular build will be built out in this core shell of the building in further 1,000 sq m allotments, with 3,000 sq m available for whitespace in each building.

Gulf Data Hub has secured 7.5MW of power for each building, which will provide 1.2kW per sq m and infrastructure delivering up to 30kW per rack.

Gulf Data Hub client representative for the Gulf Data Hub project Farhan Ahmed said the team had to hand-pick contractors from Europe and North America to manage the design and engineering elements of Gulf Data hub.

“We wanted to emulate colocation projects seen in other markets but we found no one in the Middle East could do this as successfully as what had been built elsewhere. Our goal was to attract not only local and regional clients but international end users,” Ahmed said.

“We could not find anyone in the Middle East who could approach the design with a facilities only approach.”

Ahmed said most data centers in the Middle East region are either operated by telecommunication companies, with a focus on IP hosting, or inhouse by enterprises. Many companies will also outsource data center services offshore.

The facility will be built to a Tier III standard and the team is aiming to achieve LEED Bronze status.

FOCUS will be documenting the Gulf Data Hub project further in our Design Build special out with next edition, FOCUS 25. To sign up for your copy, click here.