But a proposed change to tax break law could make it harder for companies to get exemptions with relative ease, with a heavier focus on the number of jobs a proposal could create. 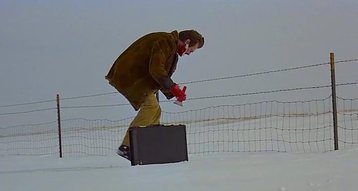 Midco, a regional cable television, Internet and telephone service provider, has yet to buy the land for the new facility, but hopes to do so before the end of the month.

Construction is expected to start in spring, with the data center operational in 2018.

“This is the type of facility that is in demand for the future of technology,” Justin Forde, Midco director of public affairs, said, The Forum reports.

The company has also applied for North Dakota state tax incentives for data centers, but is still waiting to see if it qualifies.

Local tax incentives could be set for a shake up, though. The Tax Exempt Review Committee is reviewing recommended changes that would weight job creation more heavily.

The review should finish next week and any changes will be forwarded to the commission for approval.

“Some of the companies that have qualified in the past may not qualify in the future,” Mayor Tim Mahoney said. The Midco project is expected to bring three jobs.

However, even ahead of any changes, Mahoney told The Forum: “Residents are paying less in taxes because we’re getting good commercial growth in the city of Fargo.”

Pushing for a change is City Commissioner Tony Gehrig, who was the only member to vote against the Midco tax exemption. He said that the tax breaks have increased taxes directly. 7 percent of a resident’s tax bill is thought to go towards offsetting tax breaks given to both businesses and homeowners, a report by the City Assessor’s Office said.

2016 saw 14 new exemptions granted for PILOTs (payment in lieu of taxes) of  5 or 10 years, with the total number of active exemptions reaching $200 million in 2016 across 101 properties, according to city assessment department data.

“My opposition to incentives should never be taken as an opposition to growth,” Gehrig told The Forum, adding that instead he will question whether the project would have happened even without the tax break.