The cause of the outage is not yet known. Update: Services have resumed. 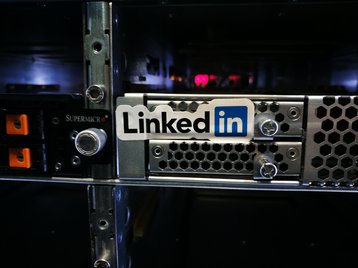 We found the server – Sebastian Moss/DCD

On visiting the LinkedIn homepage, users are greeted with: "Unknown Host: Unable to locate the server; the server does not have a DNS entry. Perhaps there is a misspelling in the server name or the server no longer exists; double-check the name and try again."

LinkedIn was acquired by Microsoft for $26.2 billion in 2016. After operating its own data centers, it was slowly shifted over to Microsoft Azure starting in 2019. The cloud platform does not appear to be experiencing any wider issues.

Prior to the move, LinkedIn invested heavily in its own data center infrastructure, pioneering open source innovations, cofounding the Open19 Foundation, and developing its own custom hardware including networking switches.

This story is developing, we will update it as we learn more.