The corporate vice president of Microsoft Azure IoT has retired after 25 years at the company.

Sam George said that he had "achieved everything [he] set out to do," after a career that included eight years at its cloud division.

His departure comes in the same month as the corporate VP of the whole of Azure also resigned from the company after 21 years at the company. 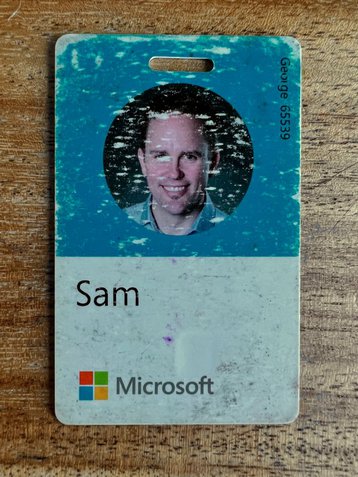 George joined Microsoft back in 1997 as a software developer for Hotmail, Windows 98, and other projects. By 2004 he was the principal development manager of the Tablet PC developer platform.

Then came Silverlight and Windows Phone, before he shifted to Azure.

George spent five years as the general manager of Azure IoT (Internet of Things), where he was responsible for the company's IoT and early Edge efforts.

He continued this as corporate vice president of Azure IoT for almost three years, until May this year. He then spent three months as a corporate VP without a clear portfolio.

But now, George said it is time to leave.

In a post on LinkedIn, he said: "After 25 years, I’m retiring from Microsoft. Microsoft has been a wonderful company to work for and I’m so confident that its best days are ahead. [CEO Satya Nadella] and the leadership team are phenomenal.

"I’m going to spend time with my family and friends, my bicycle, my woodworking tools, my books, and at some point later when it is time to innovate again, I plan on finding a way of contributing to solving climate change."

The retirement is marked on LinkedIn as a "career break."