Facility at Agriport near Amsterdam has been in progress since 2014

Microsoft is expanding a secretive data center project near Amsterdam, reckoned to cost around €2 billion. The project, on farmland, has faced resistance according to Dutch media, but two halls are already built, with more to come.

With two buildings complete, Microsoft has built 11 hectares of data center space on a 37 acre property, located on the Agriport A7 zone, 50km from Amsterdam, according to reports in the Financieele Dagblad and Dutch News. The site has cheap land, with good power and fiber optic networking, reports say, but all parties have refused to talk to the media. 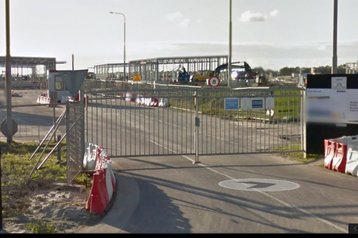 Microsoft’s plans for a cloud data center park were first reported in 2013, and work apparently started in 2014. The land is zoned for agricultural use - mostly greenhouses - and Boeren Business reports that the municipality has changed its status to allow Microsoft to build.

The municipality expects the site to become an Internet hub, with many jobs, but Boeren Business descrbes it as a “a thorn in the eye of farms around it,” pointing out that many of the jobs go to Irish, British and American incomers.

Based on occasional news reports, and signs visible on the Agriport fence in Google Street View, the overall contractor for the project is UK-based Mace Group. An electricity substation is being built for the project by Netherlands-based Joulz, also visible in Street View. 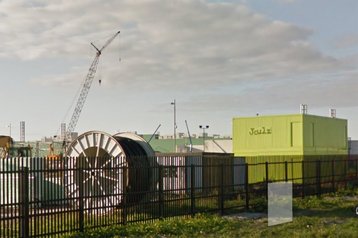 Reports say that 70 hectares has been made available for data centers and other tech businesses. The re-zoning appears to be temporary, with the land reverting to agricultural use if it is not developed by tech firms within ten years.

Reports also suggest that Microsoft and its partners may have a plan to mollify local farmers. The data centers’ waste heat is being offered to warm nearby greenhouses.

The Netherlands is a major hub for European data centers, and seen as the bedrock of the country’s growth.  Other companies  building data centers there include Equinix, which is constructing a major four story facility within Amsterdam itself.

DatacenterDynamics asked for more information from Microsoft and Mace Group, but has not yet had a response.