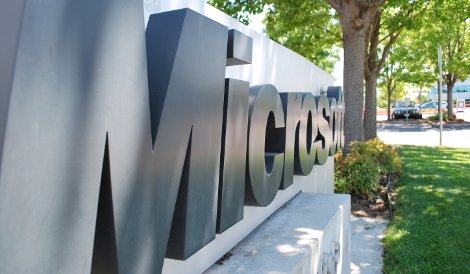 Microsoft is planning to expand its data center in West Des Moines, Iowa, the company and local officials announced Friday, following a vote to by a state economic development body to approve US$20m in tax credits for the construction project to the company.

The Iowa Economic Development Authority Board approved the tax incentives for the nearly $700m project in a meeting Friday morning, the Des Moines Register reported. Microsoft has committed to invest a minimum of $677.6m into the project and create 29 jobs in the area in return for the tax break.

Until the official announcement, officials had been referring to the project as "Project Mountain."

Christian Belady, general manager of data center services at Microsoft, said the company had a strong working relationship with state and locatl officials. “The expansion of the West Des Moines data center is a win-win, bringing both new jobs to Iowa while supporting the growing demand for Microsoft’s cloud services,” he said in a statement.

The tax credits will include a $15m sales and use tax refund paid during construction and a $5m investment tax credit. In addition to the 29 permanent jobs, 24 of which Microsoft has committed to pay an hourly wage of $23.12 for, the deal between the company and the state includes more than 200 job during construction.

This is the third expansion on the 40-acre property in West Des Moines Microsoft bought in 2009.

Reports surfaced in April that Facebook was planning a massive data center in the state, expecting to invest about $1.5bn in the project. The social network is seeking tax credits from the state, according to reports.

Google announced in November that it would double its existing data center in Iowa, stretching total investment to $1.1bn. The company has also been investing in wind farms to use clean-energy credits from the electricity they generate to apply to energy consumed by its data centers.