Microsoft is planning to adopt a new type of miniaturized data center interconnect (DCI) technology – a major blow to companies like Cisco, HPE, Juniper Networks and Infinera, all of which sell specialized appliances exactly for this purpose.

According to LightReading, the company has collaborated with Inphi, a small semiconductor and optics specialist from the US, to develop a solution that plugs into existing switches and doesn’t require additional hardware.

The reference design of the device codenamed ‘ColorZ’ is based on silicon photonics – which means both electrical and optical have been constructed in silicon on the same die - in a familiar QSFP28 form factor.

All in the cable 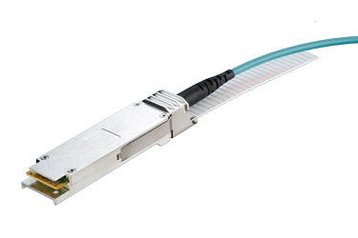 The connection between Inphi and Microsoft was revealed at the Optical Society (OSA) Executive Forum in Anaheim on Monday.

While speaking at the event, Tom Issenhuth, optical network architect for Azure Networking, said Microsoft had helped develop a short-distance interconnect that would be suitable for linking multiple data centers within a distance of around 80km, without requiring extra hardware on the floor.

The technology would enable Microsoft to save space and power in its data centers, cut costs and increase compute density.

Infphi followed the announcement with its own press release that heralded the launch of ColorZ – a reference 100Gbit/s QSFP28 Dense Wavelength Division Multiplexing module fully compatible with switches from major networking equipment vendors.

Utilizing advanced Pulse Amplitude Modulation (PAM4) signaling, ColorZ promises to deliver up to 4Tb/s of bandwidth over a single fiber.

“The ability to provide high bandwidth connectivity in a form factor that is smaller, uses less power and is less expensive than today’s solutions is a benefit to Microsoft and the cloud market in general,” said Jeff Cox, senior director of Network Architecture at Microsoft.

“It offers the opportunity to connect data centers as one and offer dramatic new ways of running big data applications. Microsoft is proud to have played a leading role in the development of Inphi’s ColorZ for cloud computing.”

According to LightReading, the technology wouldn’t be exclusive to Microsoft, and could appeal to other hyperscale data center operators – even competitors like Google.