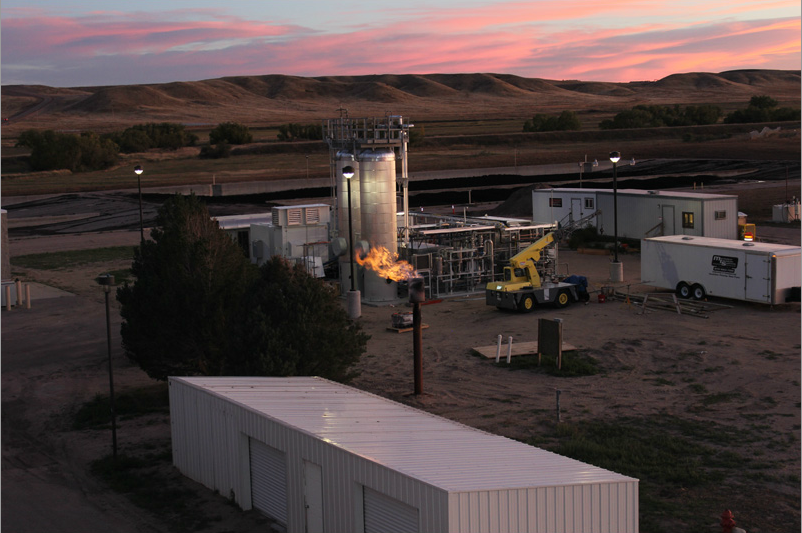 Microsoft has opened a long-anticipated prototype data center in Wyoming, USA that derives all of its energy from waste processed at a nearby water treatment facility.

The 200kW data center consists of a shipping container (ITPAC) full of servers, powered by a fuel cell which can generate a comfortable 300kW of power, using methane biogas.

The fuel cell for the project was developed by FuelCell Energy from Connecticut, while Siemens provided specialist power monitoring equipment and environmental controls.

The initiative is supported by a number of state and local government partners. Microsoft already operates several data centers in Cheyenne that host its Azure cloud platform.

The stench of victory
Microsoft’s GM for data center research Christian Belady originally proposed the idea for a ‘data plant’ in 2010. He wanted to place data centers in close proximity to a landfill or a water treatment plant and equip them with fuel cells, in order to liberate IT from the whims of the power grid.

In a symbolic gesture Microsoft held a "cable-cutting" ceremonty to announce its prototype is independent of the grid. The site is in Cheyenne, the capital of Wyoming, next to the Dry Creek water reclamation facility.

The project uses biogas - a byproduct of municipal wastewater treatment - to power the servers. During the treatment process, anaerobic bacteria produce fumes that are usually incinerated at the source, since methane (CH4) is a greenhouse gas 20 times more potent than CO2.

The same fumes can be used by a fuel cell for an electrochemical reaction that produces heat and electricity, and emits small quantities of nitrous oxide (NOx) and sulphuric acid (SOx).

Microsoft is using such a power cell to operate a shipping container that houses a high-performance computing cluster, connected to the NCAR-Wyoming Supercomputing Center.

The facility will also serve as a research base for biogas and fuel cell technology, in partnership with University of Wyoming. Meanwhile the extra kilowatts will be delivered back to the wastewater treatment plant to reduce its electricity bills.

While the power of this prototype system is limited, it will help evaluate the potential of data plants as an alternative to the traditional data center model.