“We are adjusting the timing for a number of projects”

Microsoft’s ‘Project Osmium’ data center in West Des Moines will start construction later than originally planned, perhaps by as much as a year.

The company said that upgrades on existing facilities in the region would delay the $1.5-2.5 billion data center build.

Too much to do 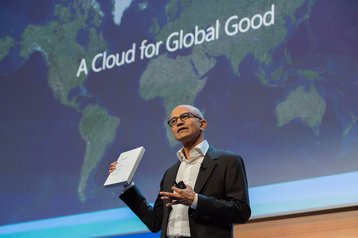 “Due to the current ongoing construction of several other projects, the completion of this project will likely be delayed approximately 12 months,” Microsoft said in a letter to the Iowa Economic Development Authority.

Microsoft told The Des Moines Register: “We are adjusting the timing for a number of projects, including one in Des Moines. Our commitment to a cloud-first world remains unchanged, and we will continue to expand our cloud infrastructure to meet growing customer demand.”

Clyde Evans, West Des Moines’ community and economic development director, told The Des Moines Register that Microsoft is moving forward on a fourth phase for Project Mountain, and continues to expand Project Alluvion. He said that the company does not want to manage too many constructions at the same time, and therefore decided to delay Osmium.

The construction of Osmium in the state is expected to put Microsoft in the running as the corporation which has made the largest financial investment in Iowa, a title that would otherwise belong to MidAmerican Energy, which has plans for a $3.6 billion wind farm.