With UK Prime Minister Theresa May confirming that Britain will likely leave the European single market, Microsoft has warned that it could look elsewhere to build its data centers.

If trade tariffs start to rise, Microsoft will backtrack on current plans to expand in the UK, the company said at the event ‘What Brexit Means for Tech.’

Update: A Microsoft spokesperson has contacted DCD to distance themselves from their event: “The comments reported today by a Microsoft employee were not reflective of the company’s view.  As we have said both before and after the EU referendum vote, Microsoft’s commitment to the UK is unchanged.” 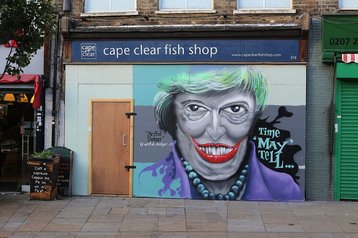 When you leave, we leave

“We’re really keen to avoid import tariffs on any hardware. Going back to the data center example, we’re looking to build out our data centers at a pretty strong lick in the UK, because the market is doing very well,” Microsoft’s UK government affairs manager Owen Larter said in a talk first spotted by TechRepublic.

“If all of a sudden there are huge import [tariffs] on server racks from China or from Eastern Europe, where a lot of them are actually assembled, that might change our investment decisions and perhaps we build out our data centers across other European countries.”

Currently, trade between the UK and the rest of the EU is tariff-free, and trade between the UK and non-EU states is the same as with any other EU nation. This, however, is set to change once Britain has officially left the EU - something that will happen two years after Article 50 is triggered, which will first require a parliamentary vote, according to a Supreme Court ruling issued today.

In a speech last week, Theresa May said that Britain would aim for “the freest possible” trade deal with the EU, and would leave the EU’s customs union (which has the common external tariff). May hopes for the negotiations to be wrapped up before the two year period ends, although whether this will happen is questionable.

During this transition phase, it is unclear whether Microsoft, and other companies, will slow down on expansion plans as they await the outcome of any future trade deals.

The Brexit vote has already impacted the value of the Pound, sending it falling to historic lows. This has caused Microsoft to increase the cost of its cloud services by more than a fifth.

There is, however, some positive news from Brexit, Larter said - the potential to hire overseas workers from outside the EU.

“One thing we’re really pushing for is making it easier to bring people into the UK, particularly if they fit a particular profile, if it’s for work and they’re high skilled in a certain industry,” he said.

“We’ve really struggled internally at Microsoft sometimes to bring people over from the US, from China, from India. Even just on a month or by week basis, because the restrictions on immigration from outside the EU have been so severe, because we [the UK] couldn’t control immigration from inside the EU and we were conscious about the numbers.”

He gave an example of why this is important: “We have 200 people at our R&D headquarters based in Cambridge. These are all sort of PhD+ people, 80 percent of which are not born in the UK. We need to still be able to attract these kinds of people for the benefit of the industry and the UK economy in general.”

However, with much of the Brexit vote focused on the issue of immigration, it is not known how an untethered UK will approach visa applications.

But what about data laws?

“This word adequacy is quite significant. What we’re concerned about is that the UK will leave the EU and this agreement will no longer apply.

“This is particularly significant for Microsoft, we’ve just opened two data centers here in the UK. The UK is actually the EU’s largest cloud market at the moment, and is set to double by 2019. That kind of bright future is probably not going to be possible if we make it a lot harder to transfer data and store data from the EU into UK data centers.”

While, again, much is up in the air, it currently looks like Britain will stick to EU data protection laws. British national data protection authority, the Information Commissioner’s Office has said that businesses should continue following EU data laws, including the upcoming General Data Protection Regulation (GDPR) legal act.