Microsoft has followed up its scheme for submerged data centers, with a patent application suggesting they could be a sanctuary for undersea life. 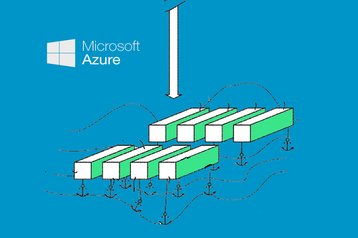 Project Natick operated for two months at a depth of 9m (30 ft), 1km off the Pacific coast of the US. Having passed initial tests, it served some actual Azure cloud workloads.

At DCD’s Enterprise event in New York in April Microsoft program manager Ben Cutler said the concept would be productized, and suggested future versions would go down as deep as 200m (600ft) below sea level, and also derive its own power from wave or tidal energy. 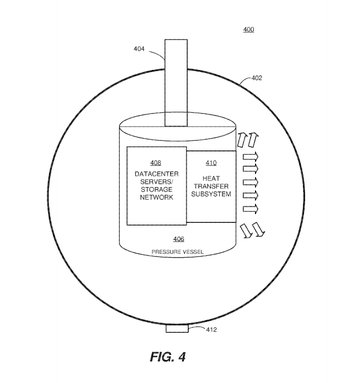 More than half the human race live close to the sea, so such a data center could provide “edge” speeds to customers, says Microsoft. Hardware upgrades would have to happen on an infrequent basis, and the facility would operate in a “lights-out” mode.

Now, US patent application 2016/0381835 specifies an implementation with multple containers, held in pressure vessels within an infrastructure designed to encourage marine life.

The patent, spotted by Deepak Gupta of Patent Yogi, does not go into a great deal of detail, but the proposed data centers would be cooled indirectly by sea or lake water run through a heat exchanger, like Natick. The data center components would be removable, and could be taken to the surface for maintenance, without disturbing the sea life around them, apart from cleaning any “biofouling” off the actual data center component.

DCD contacted Microsoft, and a spokesperson responded: ”Microsoft regularly applies for and receives patents as part of its business practice; not all patents applied for or received will be incorporated into a Microsoft product.”