Microsoft and Rambus set their sights on cryogenic computing

Developing the memory systems of the future

Microsoft and semiconductor specialist Rambus are exploring the use of cryogenics as the next step towards improving capacity and energy efficiency of computer memory, necessary for progress in high performance (HPC) and quantum computing.

Building upon their existing relationship, the partners will develop prototypes of DRAM modules that operate at cryogenic temperatures - defined by the US National Institute of Standards and Technology as temperatures below −180 °C (−292 °F / 93.15 K).

The project hopes to bridge the temperature gap between current supercomputers (27°C/80°F/300K) and true quantum computers, which require very low temperatures to operate. 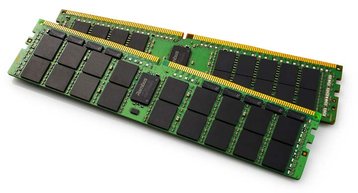 The future is cold

Rambus and Microsoft originally teamed up in December 2015 to improve energy efficiency and the cost of ownership (COO) of memory systems in data centers. Although they identified energy consumption as the focus of their R&D efforts, the partners also took into account bit density, scaling, performance, cost per bit, and manufacturability.

As early as the 1990s, Rambus’ Labs VP Gary Bronner, then working for IBM, studied the effects of cryogenics on memory optimization, concluding that chips developed for operation in low temperatures were three times as fast as their conventional counterparts.

“With the increasing challenges in conventional approaches to improving memory capacity and power efficiency, our early research indicates that a significant change in the operating temperature of DRAM using cryogenic techniques may become essential in future memory systems,” Bronner said.

“Our strategic partnership with Microsoft has enabled us to identify new architectural models as we strive to develop systems utilizing cryogenic memory. The expansion of this collaboration will lead to new applications in high-performance super computers (HPC) and quantum computers.”

The growing dependence on analytics and the development of machine learning have increased demands for faster, more efficient computing systems. Major technology companies and government organizations have seen opportunities in quantum computing, which - if realized - will lead to creation of systems that will be orders of magnitude more powerful than current hardware.

Microsoft, Google and IBM are building their own prototypes, as are governments across the North Americas, Europe and Asia (including the Chinese government, in association with Alibaba and ZTE), while physicists from the Institute of Quantum Optics and Quantum Information at the Austrian Academy of Sciences have developed a simple quantum device which can be used for experimentation.

Canadian Quantum computing company D-Wave claims its 2000Q machine – which was recently sold to US government defense contractor, Temporal Defense Systems (TDS) - can outperform traditional computers, but there is contention as to whether or not it qualifies as a true quantum computer due to the questionable quality of the system’s qubits, which only remain in a quantum state for approximately 10 nanoseconds at a time.