Microsoft and AT&T have launched an Azure Edge zone in Atlanta, Georgia. 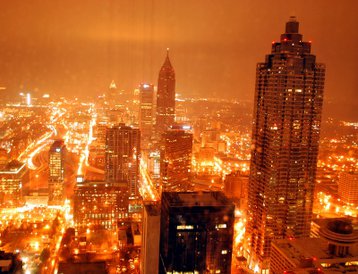 The two companies announced this week the launching the “Private Preview” of the service, which they said allows customers to combine 5G and cloud computing.

“The power of 5G is about more than just speed. It’s about harnessing ultra-fast and ultra-responsive connectivity to distributed cloud technology for entirely new experiences. As compute expands beyond centralized systems and out to the edge of the 5G network, companies and consumers now essentially have supercomputer capabilities in the air around them. From lightweight virtual reality interfaces that can be used by anyone from gamers to first responders, to hyper-precise location tools for industrial applications and warehousing, the edge is transformative. Our deep collaboration with Microsoft is designed to help customers make that leap and start creating the future.”—Andre Fuetsch, Chief Technology Officer, AT&T Network Services

Microsoft said the two companies had conducted a successful proof of concept of the service in Los Angeles, with Dallas and other metros set to follow soon.

In July Microsoft announced it was to acquire AT&T’s Network Cloud; AT&T Communications CEO Jeff McElfresh said at the time the deal “brings Microsoft to the edge of our network and supporting our network workloads.”

Verizon is also the main US partner for AWS for its Wavelength zones. Like the Azure Edge zones, Wavelength zones embed AWS compute and storage services at the Edge of communications service providers’ 5G networks and provides access to cloud services running in a nearby AWS Region.

In June AWS partnered with Vodafone to launch the service in London, UK. The service is also available in Tokyo and Osaka, Japan, through KDDI; and Daejeon, South Korea, through SK Telecom.