American software start-up Mesosphere has raised $125 million in its latest funding round – more money than in all previous rounds combined.

The company is responsible for Datacenter Operating System or DC/OS, a commercial version of the Apache Mesos open source project.

DC/OS started out as a framework for management and automation of distributed computer clusters, and gradually evolved into a platform for hybrid cloud environments. This platform has been finding increasing popularity among customers: the company says it has nearly tripled revenue year-over-year.

“We believe Mesosphere addresses a large market opportunity and we are excited to invest in the company’s innovative leadership team and technology,” said Alan Tu, equity research analyst at T. Rowe Price Associates. 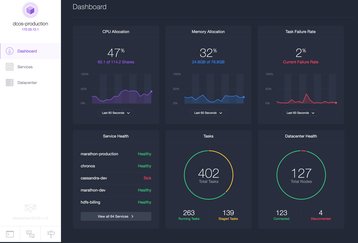 Apache Mesos was born at the Reliable, Adaptive and Distributed systems Laboratory (RAD Lab) at the University of California, Berkley, in 2009. A year later, it was accepted as an Apache Incubator project, and today it is used by the world’s largest online platforms including Twitter, Netflix and eBay.

Mesosphere was co-founded in 2013 by some of the original creators of the Mesos project, to commercialize the open source technology and make it accessible to smaller organizations.

DC/OS uses the features of Linux to abstract server resources, pool them, and apply them in the most efficient way possible. It also serves as the management layer for other elements of the software stack, helping quickly deploy tools like Kubernetes, TensorFlow, Apache Kafka, Cassandra, and Spark - on any infrastructure, whether on-premises, in the cloud or at the edge of the network.

According to William Freiberg, COO at Mesosphere, the bulk of the money will be spent on expansion of the company’s global footprint, especially in Asia Pacific and the Middle East.

“We make world-changing technology, like Kubernetes, Tensorflow and more, available at the click of a button, enabling business impact faster because DC/OS automates operations of more than one hundred complex technologies,” said Florian Leibert, CEO and co-founder at Mesosphere.

“This investment will help us to arm the enterprise with leading edge technology, like containers, machine learning, and IoT applications, allowing them to reclaim their competitive edge and reinvent the customer experience.”