Menlo Equities has acquired four Digital Realty data centers in California's Silicon Valley as part of a nine-property deal across the US.

The Mercury News reports that the real estate firm acquired the four Californian facilities for a combined $108.8 million from the data center REIT in partnership with a US pension fund.

“It is absolutely the case that demand is growing for data,” said Christopher Chang, a partner with Menlo Equities. “We don’t see demand slowing down for data usage and data needs.”

“We like the portfolio because many of the assets are fully leased,” Chang said. “But we also see the potential for upside opportunities because leases in some buildings are coming up for renewal.” 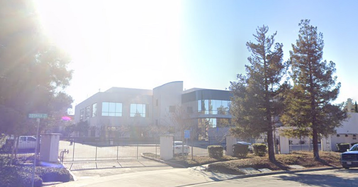 The four Silicon Valley facilities are:

The Mercury News says the purchases were part of an overall acquisition of nine data centers in three major regions of the US. The other acquisitions haven’t yet been disclosed, but the Real Deal reports them as being in the northern Virginia and the Dallas-Fort Worth areas. DCD has reached out to Menlo and Digital Realty for more information.

At the same time as the property purchases, Wells Fargo Bank reportedly provided affiliates controlled by Menlo Equities with a loan of $210.3 million, according to county records.

Digital Realty acquired 2950 Zanker Road alongside 900 Dorothy Drive in Richardson, Texas for a combined $50 million in 2010. 444 Toyama Drive was acquired alongside 1525 Comstock Street in 2009. Both Ironside Drive properties were acquired in 2013.

Update: In its Q3 2021 results, Digital Realty noted its existing joint venture with PGIM Real Estate completed the sale of a portfolio of 10 data centers totaling 1.167 million square feet of lettable space in North America for $581 million. This is likely the same portfolio.

Dgtl Infra has the other data centers of the JV listed as: