Magnets in the data center: dangerous for data? 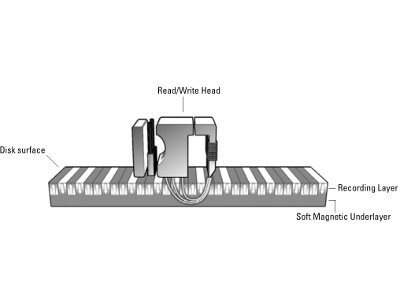 While it is obvious that hard drives can tolerate the Earth’s relatively weak magnetic field, their ability to reliably store and transfer data in the presence of stronger magnetic fields is not as well known.

Two different models of hard drives were tested in magnetic fields of various strengths.  The impact of the magnetic flux exposure was quantified by performing data transfer rate benchmark testing, data integrity tests, predictive testing and surface scanning on the drives before, during and after exposure. The drives were found to be largely immune to magnetic field strength intensities up to about 500 times that of the Earth’s magnetic field.

The first magnetic hard disk drive was created by IBM in 1956. Today, the drives still store and retrieve data using moveable read and write heads held in close proximity to rotating platters. The platters are coated with a thin layer of magnetic material, which is encoded with a “0” or “1”. Through the read/write heads, the disk drive has the means to record and read this data (see Figure 1).

After the “1” or “0” is stored, a strong enough interfering magnetic field could erase it, corrupting the data. This is what makes us nervous about magnets near hard drives.  The earliest hard disks, such as IBM’s 1956 model, were vulnerable even to weak external magnetic fields. The floppy disks we used in the 1980s and 90s also did not get along well with magnets. Today, small rare-earth magnets are commonly used in consumer products, and their usage is increasing.

Apple’s iPad 2 product contains 31 magnets, 21 of which are in the device’s esteemed folding cover, and another 10 in the iPad itself. As of the date of this paper, Apple has sold more than 60m iPads. In 2011, 92% of Fortune 500 companies were testing or deploying iPads (Wingfield, 2011), yet the servers, laptops and hard drives in close proximity to all these iPad magnets are not failing.

The magnets are also showing up in data centers. Companies have developed products such as thermal containment systems, designed to be mounted directly to IT equipment enclosures with magnets. This is advantageous, since other methods, such as mechanical fastening and adhesives, involve more labor and are problematic in the way of metal shavings and adhesive aging/failure.

So, do these small but relatively strong magnets pose a risk to your data? We did an experiment to find out. Two hard disk drives were chosen as victims: Drive 1, a Western Digital WD800AAJB; and Drive 2, a Western Digital WD1502FAEX. A 620lb pull electromagnet was used to supply the external magnetic field.  Hard drive performance was monitored with these metrics: a data-transfer test using Xbench version 1.3; a surface scan using Tech Tool Pro version 6.0.4; and MD5 checksum hashing on a 571MB MP4 movie file.

No effects were noted on the drives until magnet power reached 255 Gauss. (For reference, the Earth’s magnetic field is typically 400 milli-Gauss.) At 255 Gauss, Drive 1 performance began to deteriorate. Subtle changes to the normal audible operating note of each drive could also be heard, becoming somewhat louder and strained. To confirm causality of the data-transfer-speed decrease, five trials at this field strength were conducted. Mean value data transfer speed testing scores decreased by 9.5 points from baseline (baseline score is 100). Drive 1 passed all five MD5 checksum and surface scan tests at this exposure level, indicating the drive remained capable of accurately transferring and storing data, albeit at significantly slower rates. Drive 2 disconnected immediately and would not reconnect upon application of this level magnetic field, making further testing of the drive impossible.

Drive 1 testing was attempted at 305 Gauss.  Drive 1 completed Subtest 1 in the data-transfer test, although very slowly, and then disconnected and would not reconnect. Drive 2 would not connect at all at the 305 Gauss level.   Tests unable to be run due to lack of connection were considered to have failed by default.

Each drive was tested again in the control environment after the conclusion of electromagnet testing to obtain an indication as to whether any permanent damage may have been caused. After repartitioning, no permanent damage was noted.

Thus, it can be concluded that DC magnetic field exposure at and above 255 Gauss causes undesired but temporary performance degradation in the hard drives tested.  Exposures up to 305 Gauss caused no loss of data, and no permanent damage.

Small magnets such as those used in the iPad cover or data center containment systems, when installed on IT equipment racks, are unlikely to present any significant risks to the magnetic hard drives operating within. You probably shouldn’t put your old floppy disks on top of an iPad, but then, you probably weren’t doing that anyway.