Meanwhile, Google has yet to confirm it is even thinking of building a data center in Luxembourg

The last hold-out in a land sale to Google has relented after the Government of Luxembourg threatened to take his potato farm anyway, paving the way for the search giant to proceed with a €1bn data center.

Google has looked to build in the nation for some time, in what would be the biggest investment in Luxembourg’s history, but struggled to find land - ultimately threatening to pull out if the government didn’t help. 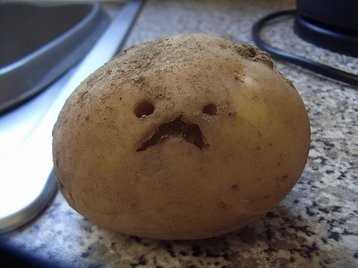 Deputy prime minister Etienne Schneider told the Financial Times that a small plot of potato farmland near Bissen, in central Luxembourg, almost led to the deal falling through. The plot belonged to three brothers, two of which were happy to sell, but one was apparently estranged and didn’t want to engage in the deal.

Schneider told the paper: “The problem was not the price for the potato farmer… There was a party of three that inherited the land from their parents but they didn’t talk to each other - one didn’t talk to the other two.”

“The two wanted to sell it and the one didn’t.”

He continued: “I decided as a minister that we’d buy the two-thirds and there is a law that allows you to get the third out of it. He accepted to sell instead.”

Google had already agreed on the price “because we’re negotiating since the beginning of the year,” Schneider said.

“They said what I need to do is get the land. Now it’s their turn to decide to do the investment.”

Despite Schneider’s frequent conversations with the press, Google has yet to confirm it is even interested in Luxembourg, let alone planning the €1 billion ($1.14 bn) data center the politician has promised.

Elsewhere in Europe, Google operates data centers in the Netherlands, Ireland, Finland, Belgium, Germany and the UK. In Denmark, it spent 65m Danish Kroner (then-US$9.86m) on a 73.2 hectare plot of land that could potentially be used for a data center.