More than 275 acres rezoned in northern Virginia, despite local opposition

Local officials voted to rezone more than 275 acres in Winchester, Virginia, paving the way for a new data center.

The Frederick County Board of Supervisors this week voted to rezone 277 acres for a potential logistics park and data center development project known as One Logistics Park.

According to the Winchester Star, locals jeered at the result, having previously raised concerns about noise, increased traffic, hazardous road conditions, decreased property values, and decreased quality of life. Exclamations from the crowd reportedly included “the stupidity,” “you’re irresponsible,” “it’s not right,” and “a bunch of idiots.” 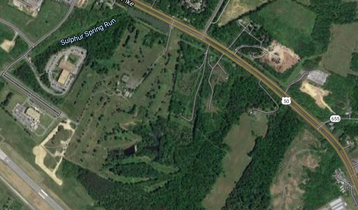 Land rezoned for the One Logistics Park in Winchester, VA – Google Maps

The 277 acres is owned by JGR Three LLC and others, and is located about a mile east of Interstate 81 on the southern side of Millwood Pike. The previous zoning allowed for 143 acres of commercial use and 550 residential units on six parcels. Wickshire Industrial LLC sought the rezoning to allow for industrial uses for One Logistics Park and eliminate the residential units.

Winchester is located in northern Virginia, close to the border with the neighboring state of West Virginia. While northern Virginia has the highest concentration of data centers in the world, most of this development is to the east of Winchester in Ashburn and Loudoun County.