African telecommunications group Liquid Telecom, a subsidiary of Econet, has increased the capacity and doubled the size of its carrier-neutral data centers in Johannesburg and Cape Town. 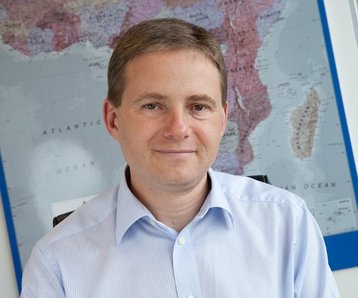 The facility in Johannesburg saw its technical floor space increased to 3,000 square meters (32,300 sq ft) and its total power capacity boosted to 7MW; the Cape Town data center now offers 1,800 square meters (19,375 sq ft) of white space and 5.5MW of power capacity. The company plans to keep expanding the facilities, aiming to increase their capacity five-fold over the next five years.

The acquisition was made in partnership with South African investment group Royal Bafokeng Holdings (RBH), which has a 30 percent equity stake in the company.

Both investments advance Liquid Telecom towards a common goal, which is to develop the country’s cloud market.

Liquid Telecom CEO Nic Rudnick said that “for the first time, a lot of the cloud providers will be hosted here in Africa. Until now, if you wanted to access cloud services, you’ve been accessing a data centre in Ireland or Europe or the US. They’ve never been hosted here in Africa. This means huge improvements in quality and latency for all the cloud services we’re using and the ones we are yet to use.”

Taking to the (red) Sea

Liquid Telecom is also part of the consortium behind the Liquid Sea submarine cable system, which will run the length of Africa and through the red sea to reach the Middle East, connecting to the company’s terrestrial network segment - spanning 20,000km across the African continent.

The submarine cable’s landing stations and points of interconnection with the terrestrial network will be built in South Africa, Tanzania and Kenya.

Even though planning started back in 2015, the project is moving forward slowly: “Sea cables are complicated and expensive businesses and there are lots of approvals needed,” Rudnick said.

“If you look at the various sea cables that have been put in to date, they all take many years to get off the ground. We have a team that is focused on it and they are methodically working on it.

“We have got the point of contracting marine surveys, but we haven’t finalized it because we are still in negotiations with certain governments about finalizing the exact route of the cable.”