Liqid to deliver three supercomputers for the Department of Defense

Built to be composable

Two systems will be deployed at the US Army Combat Capabilities Development Command’s Army Research Lab at the Aberdeen Proving Ground in Maryland, with a combined performance of 15 petaflops. Another supercomputer will be installed at the US Army Corps of Engineers Research and Development Center in Vicksburg, Mississippi, with around 17 petaflops of peak performance.

All three systems will feature Nvidia's A100 GPUs and Intel's Xeon Platinum 9200 CPUs. 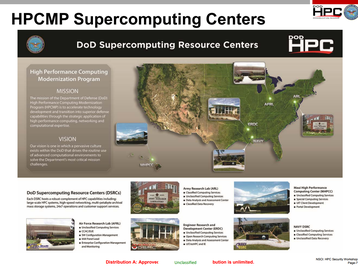 Liqid’s composable architecture allows users to pool and deploy CPU, GPU, NVMe, FPGA, intelligent networking, and memory via software, allowing researchers to rearchitect the system to fit the workload. When the workload is done, the resources can be released back into the pool for other users.

“The global challenges that public sector HPC organizations face require hardware resources to be much more muscular and efficient than traditional data center architectures, which is why we are excited to work with Nvidia to deliver to the DoD the first fully composable HPC system with the remarkable Nvidia A100 GPU at its core,” said Sumit Puri, CEO and co-founder of Liqid.

“In collaboration with Nvidia and other industry-leading partners, we hope to lead a wave of architectural innovation to provide a platform to solve some of the most difficult computing problems researchers face to build 21st-century physical infrastructure, advance genomic research and development, and address the most pressing national security concerns.”

The system at the Engineers Research and Development Center will be the most powerful system in the DoD’s High Performance Computing Modernization Program (HPCMP) when it launches early next year. Named 'Wheat' in recognition of Medal of Honor winner Roy M. Wheat, it will feature 904 Cascade Lake AP nodes with different configurations.