LinkedIn has announced plans for a data center in Singapore, its sixth in the world, and the very first to be located outside the United States. Housed within Digital Realty’s data center in Jurong East, the new LinkedIn facility spans 23,500 sq ft and has 4.2MW of allocated power.

“Asia Pacific is our fastest growing region in terms of member base outside of the US. We are investing to make sure we continue to provide a great experience as our business continues to grow in this region”, said Olivier Legrand, managing director of LinkedIn in the Asia Pacific region.

LinkedIn had more than 85 million members in the Asia Pacific region at the end of 2015, more than double the figure from January 2013. Just over 16 million of these are based in Southeast Asia, with just over a million in Singapore, according to figures furnished by LinkedIn. Its revenue in the region has also more than tripled over the same period. 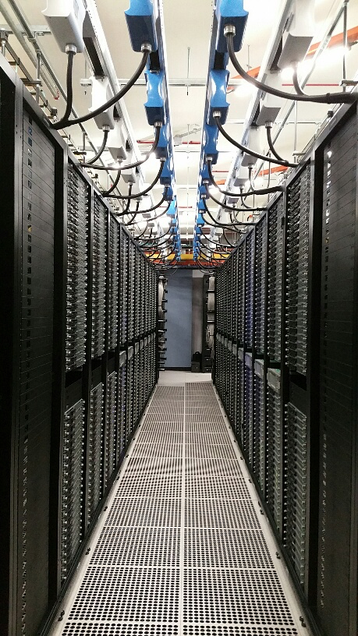 “Singapore is the natural location for this new data centre, as it is already our Asia Pacific headquarters, and it offers the cutting-edge infrastructure and talent we need to continue to improve the service and global connectivity we provide to our members and clients,” said Legrand.

LinkedIn also worked with the Singapore Economic Development Board (EDB) to establish the new data center in Singapore.

The new LinkedIn data center in Singapore will process all of LinkedIn’s online traffic in the Asia Pacific region, as well as handle around a third of global traffic. LinkedIn says it has invested SG$80M (US$59.1M) to date in its new data center, which was established to enhance the experience for LinkedIn users across the Asia Pacific by improving the speed and reliability of access.

The use of smart design features is expected to reduce the annual energy consumption by a magnitude that is “equivalent to powering about 100 private homes in Singapore”, says LinkedIn. According to data from Singapore Power – which is in charge of electricity transmission and distribution in Singapore, the average power used by a private apartment averaged out to 602kWh per month.

“As we explored several locations and colocation providers across the Asia Pacific region, Singapore and Digital Realty continued to rank the highest,” wrote Michael Yamaguchi, the director of data center services at LinkedIn in a blog entry here in which he explained the rationale for Singapore. “In addition, Singapore is the landing point for the trans-pacific fiber which makes the location very desirable for faster transmission speeds.”

Among others, Digital Realty’s multi-story Jurong data center is also home to CenturyLink’s SG2 data center, which spans an entire level, while Facebook is also known to have leased space there. Digital Realty had announced its second data center in Singapore around the mid of last year, which is redeveloped from an existing printing paper storage facility.