Cloud and colocation company Lifeline Data Centers is set to open its Fort Wayne facility next year, after delays brought on by a desire to make the data center able to withstand the impact of electromagnetic pulse (EMP).

The process added over a year to the schedule, and an estimated $2.5 million to the cost, but should mean that the $17.5m facility can survive an electromagnetic pulse. The building will have 60,000 sq ft of raised floor space, adding to the company’s existing 120,000 sq ft across its two existing facilities in Indianapolis. 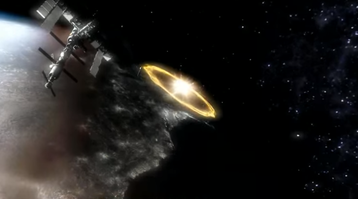 “In early April of 2015 our owners Rich and Alex were at a convention where they spoke about something called EMP, which stands for electro-magnetic pulse,” VP of Business Development Nicholas Rudicle said.

“We decided that because we’re building a new facility anyway, we might as well incorporate some EMP shielding into our design.”

Co-owner Rich Banta told The Journal Gazette: “There was an awful lot of additional engineering and research to be done. That fully accounts for the delay.”

The company says it sought advice from physicists who had previously consulted for the US military.

In 2015, co-owner Alex Carroll explained in a video the reasoning behind the move: “There’s a lot of solar radiation that bombards the Earth every single day, but it doesn’t overpower the natural gravitational shield of Earth. Every now and then, every hundred years or so you have a very strong solar radiation shock that creates electromagnetic interference. It can be strong enough to burn out electronics and things of that nature.”

“The other thing that everybody’s generally familiar with [regarding] the EMP is a rogue entity launching a small nuclear warhead about twenty miles over Earth, and exploding it. That creates a pretty strong EMP. Also, local electromagnetic pulses can be generated via local terrorism or corporate espionage.”

The largest recorded geomagnetic solar storm in history occurred in 1859, bringing down telegraph systems across Europe and North America. The Carrington Event gave some telegraph operators electric shocks, while others were able to continue to send and receive messages even though the power supply was turned off.

A smaller geomagnetic event in 1989 caused a nine-hour outage of Hydro-Québec’s electricity transmission system and caused some satellites to lose control for several hours.

“A Carrington-level, extreme geomagnetic storm is almost inevitable in the future,” a 2013 report from Lloyd’s of London and Atmospheric and Environmental Research (AER) writes.

“Historical auroral records suggest a return period of 50 years for Quebec-level storms and 150 years for very extreme storms, such as the Carrington Event that occurred 154 years ago.”

The insurance company estimated the cost of a Carrington-level event to the US alone at between $0.6–$2.6 trillion.

How to destroy a data center

Various governments have experimented with the use of EMP as a weapon, with perhaps the most notable program being the US/Boeing defense project called CHAMP (Counter-electronics High Power Microwave Advanced Missile Project).

In a 2012 test, CHAMP successfully flew over and knocked out seven electronic targets with “little to no” collateral damage before intentionally exploding.

But while CHAMP is still an experimental project, basic electronic-warfare aircraft are already in use. The Boeing EA-18G Growler, which entered operational service in late 2009, has limited electronic-warfare features, and is expected to receive the Next Generation Jammer system upgrade in 2021. The jammer lacks the capabilities of a true EMP weapons system, but is seen by some as a precursor to CHAMP-like technology being integrated into the US’ substantial air fleet.

There are also other methods to cause an EMP blast: exploding a nuclear warhead hundreds of kilometers above the Earth’s surface as a ’high-altitude electromagnetic pulse’ (HEMP) device has been discussed as a viable form of electronic warfare.

In 1962, after the Soviet Union went back on its promise to avoid nuclear bomb tests, the US responded with a series of its own. On July 9, a Thor ballistic missile carried a 1.4 megaton W49 thermonuclear warhead 400 kilometres (250 miles) above the Earth and promptly exploded.

The Starfish Prime explosion - the largest man-made explosion in space -  caused an EMP far beyond expectations. 1,445 kilometres (898 miles) away in Hawaii, streetlights broke, burglar alarms went off and a telephone company microwave link was shut down.

The Soviet Union reacted with three of its own tests. While the bombs were of a smaller calibre, the tests took place over the populated land mass of Kazakhstan. Reports differ over the damage caused, but a power plant in the city of Karaganda is thought to have caught fire, while telephone lines saw fuses blow.

In a 2008 report, it said: “Because of the ubiquitous dependence of US society on the electrical power system, its vulnerability to an EMP attack, coupled with the EMP’s particular damage mechanisms, creates the possibility of long-term, catastrophic consequences. The implicit invitation to take advantage of this vulnerability, when coupled with increasing proliferation of nuclear weapons and their delivery systems, is a serious concern.”

It continues: “China and Russia have considered limited nuclear-attack options that, unlike their Cold War plans, employ EMP as the primary or sole means of attack… [in addition] designs for variants of such weapons may have been illicitly trafficked for a quarter-century.”

Portable Intentional Electromagnetic Interference (IEMI) devices are also an area of growing concern, with the Institute of Electrical and Electronics Engineers warning of a case where a disgruntled client in the Netherlands disrupted a bank’s IT network after having built a briefcase-size IEMI device.

Of course, should a HEMP attack or a Carrington-level event happen, there will be many other things to worry about (such as whether DCD will still be accessible), but at least the view will be beautiful.

The New York Times wrote in 1859: “The present generation have listened with wonder and admiration to the stories their fathers and mothers have told them of auroras and meteors. They have opened their ears and mouths and eyes as they heard of stars falling from the heavens like rain, of the sky at night becoming red as with blood, and in the day time of its being so darkened that stars were visible.

“Few have had the opportunities of witnessing these sublime displays; but on Sunday night the heavens were arrayed in a drapery more gorgeous than they have been for years… Such was the aurora, as thousands witnessed it from housetops and from pavements. Many imagined they heard rushing sounds as if Aeolus had let loose winds.”