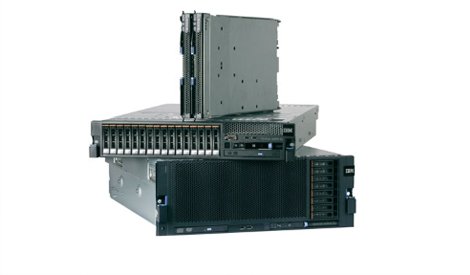 IBM has entered an agreement with Lenovo which could see it take on IBM’s x86 server business just days after its Q4 2013 results showed that declining hardware revenue sales are bringing down IBM’s bottom line.

If the deal goes ahead, Lenovo could be the new owner of IBM’s System x, BladeCenter and Flex System blade servers and switches and its x86-based Flex integrated systems, as well as NeXtScale and iDataPlex – the servers designed with optimized density in mind.

IBM SVP and group executive for software and systems Steve Mills said IBM will instead focus its efforts on its new Watson Group, established to push cloud-delivered cognitive innovations, investing US$1bn and its cloud business, expanding its footprint which includes 40 data centers in 15 countries with a $1.2bn investment.

“This divestiture allows IBM to focus on system and software innovations that bring new kinds of value to strategic areas of our business, such as cognitive computing, big data and cloud,” Mills said.

Lenovo – a Chinese company - is already the world’s biggest PC maker. As part of the deal it will also enter into OEM and reseller arrangements with IBM including sales for its entry level and midrange Storwize disk storage systems, tape, General Parallel File system software, Smart Cloud Entry offering and elements of IBM’s software portfolio.

IBM made it clear, however, that it will hang on to its System z mainframe, Power Systems, Power-based Flex servers and PureApplication and PureData appliances.

Its full revenue for the year was $1.7bn.

If Lenovo takes over its x86 server lines, it could reduce losses by taking on 7,500 IBM staff in locations such as Raleigh in the US and Asia Pacific sites in Shanghai, Shenzhen and Taipei.

IBM said it will still develop its Windows and Linux software for the x86 but Lenovo will take over all customer service and maintenance operations for the server line.

Mills said the move is part of a wider transformation for IBM, which admitted in its Q4 results it was having trouble penetrating the Asia Pacific market with its hardware due to problems with China and economic reform, which has created a slowdown in public sector sales  - an area IBM is heavily involved in.

Lenovo CEO and chairman Yang Yuanqing said the acquisition of the x86 line will enable Lenovo to grow on its new vision of PC Plus – a strategy the company is following that ties services with servers and mobile devices.

“With the right strategy, great execution, continued innovation and a clear commitment to the x86 industry we are confident we can grow this business successfully of the long-term, just as we have done with our worldwide PC business,” Yuanging said.

Lenovo currently serves customers in more than 160 countries and is valued at $34bn.

During its second quarter for 2013 it announced results in November of record results for pre-tax income of $265m and net cash reserves of $2.6bn.