The hyperscale facility is sited on 33,000 sq m (355,200 sq ft) of land in Greater Tokyo and will deliver more than 60,000 sq m (645,800 sq ft) of gross floor area when built. Construction will commence later this year with the initial phase targeted for completion in early 2024. According to Lendlease, this development will be one of the largest data centers in Japan. 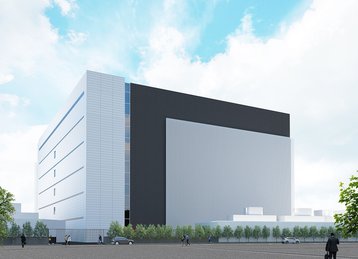 While specific details were not offered, Lendlease says the gross development value of this project is projected to exceed $600 million (A$800 million) upon completion of all phases. It is understood that close to half of the site has already been pre-leased.

LLDCP is funded 20 percent by Lendlease and 80 percent by a global institutional investor as part of a $1bn investment fund established for data centers in the Asia Pacific (APAC). The global institutional investor was not identified, but earlier reports pointed to it being from Singapore. The company also appointed Sam Lee in Singapore as its managing director of data centers last year.

In response to a query from DCD about upcoming deployments in other parts of APAC such as Singapore and Malaysia, Lendlease said it is always looking for viable opportunities in the gateway cities in which it operates.

“This partnership is an exemplar of our updated strategy in action, leveraging our competitive edge and creating value with our partners. With our end-to-end integrated capabilities, we look forward to building on this to explore further investments in the future,” said Justin Gabbani, CEO for Asia.

“This further cements our global leadership in providing best-in-class real estate solutions. Moreover, this also marks a significant milestone for the Group, adding to its global development pipeline alongside five other new urbanization projects globally,” he said.