British colocation provider LDeX Group has doubled the capacity of its data center campus in Manchester, a year after the opening of its first 20,000 sq ft building.

The new site at Trafford Park, next to the existing data center, will extend by 20,000 sq ft the space LDeX can use to provide its global clients with colocation, network connectivity and streaming media satellite services.

Rob Garbutt, CEO of LDeX Group, said: “Doubling capacity within a year is a great achievement and I’m proud to say we’ve hit this goal significantly quicker than we anticipated.

“We have gone from strength to strength since we established in 2011 and this expansion underlines the fact that there is real demand for colocation and data centre services in the region. I’m looking forward to providing great service to even more organisations in the North West and beyond.” 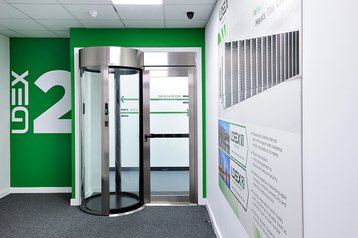 LDeX’s investment in Manchester is an endorsement of the region’s tech credentials, the company’s co-founder said – LDeX Group

The company was founded in London in 2013 by Garbutt and Patrick Doyle, after the pair’s previous organization, UK Grid Group, was sold to Telecity in 2011.

The company also operates a data center in north-west London.

Garbutt and Doyle said they believe in Northern England’s economic potential, and that their investment in the area is the kind of concrete action the UK government could learn from to drive prosperity in the region.

“We know all about Manchester’s rich history in innovation and the substantial talent pool,” Garbutt said. “We were confident we’d find success here – just like we did with UK Grid.

“As a company that also operates in London, we are incredibly optimistic about the potential of the Northern economies.

“We fully support the [UK government’s] Northern Powerhouse initiative, but it’s time to stop the rhetoric and focus instead on action. We hope our investment here acts as a ringing endorsement for the region’s technology credentials,” Garbutt said.