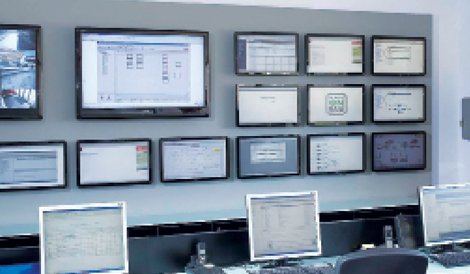 Greek data center services provider LAMDA Hellix has been going from strength to strength since starting operations in 2003. It owns a 35,000 sq ft, 3MW data center in Athens – Athens 1 – and is building out 2,500 sq m of space for Athens 2 on its 14,500 sq m campus. Its real claim to success, according to founder and CEO Apostolos Kakkos, is that it has been profitable every year it has operated. Efficiency – linked with reduced costs – has played a large part in this.

LAMDA Hellix has participated in the EU Code of Conduct for data center working groups, and Kakkos is the VC of the Board of the European Union Data Center Association. These affiliations have placed energy efficiency top of mind at LAMDA Hellix and led to a path of constant upgrade based on metrics throughout LAMDA Hellix’ data center lifetime.

Kakkos says that as discussions around energy efficiency surfaced, the company started collecting data based on all efficiency models available. Since 2006 it has monitored and upgraded mechanical processes using metrics.

The mechanical teams are held accountable for the facility’s Power Usage Effectiveness (PUE), according to Dimitris Kantaros, LAMDA Hellix’s Director of Data Center Operations. “In 2007, we invested in new equipment, based on reliability and energy efficiency,” he says.

UPSs were chosen based on 93% efficiency.

“Water temperature was increased in the cooling plant, so we could have more efficient operation of the chillers. We chose high efficiency close control units with EC fans and installed variable fans in the condensers of the chillers,” Kakkos said.

This led to a new high-density approach to colocation in the facility, with cold and hot corridors to achieve a PUE averaging 1.3 and 1.4. Much of this work was done using a spreadsheet, but now management tools help ease the load. And when its new facility is launched at the end of 2013, it will transfer knowledge from AM1, along with the KPIs and its state-of-the-art DCIM technologies.