Kyrgyzstan is considering the possibility of selling its state-owned mobile operator Megacom next year.

It's not the first time the mobile operator has been up for sale, with the company seeking to find a buyer since 2019. 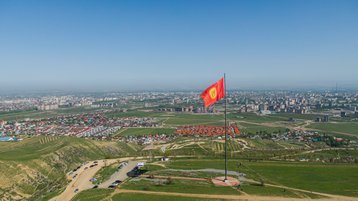 But local news outlet 24.kg reports that the State Property Management Fund is considering the sale of the operator, with the fund's head Mirlan Bakirov notifying deputies of the plans during Parliament.

In August of last year, the company was subject to a potential bid from the National Bank of Kyrgyzstan plus other unnamed buyers, although nothing came of the interest.

Megacom serves over three million mobile subscribers in Kyrgyzstan, according to Unifun, with its 2G, 3G, and 4G services covering 99 percent of the population.