Netherlands data centers? Call them NLDC. We salute your logic!

Dutch telco KPN has transferred six colocation data centers to a new business within the group, which will be called NLDC.

NLDC will sell primarily to cloud providers that want to serve European customers from the Netherlands, and was created to allow KPN to ”better capitalize on the growth opportunities in the market for colocation”.

The company won DCD’s first Sustainable Data Center Award, in December, for the USE program, an energy efficiency measure which saves the company 1.6MWh of energy per year.

Backup diesel generators have to be kept warm at all times, so they are ready for use when there is an interruption to the mains power. Usually they are preheated by electric heaters, but KPN’s (now NLDC’s) data centers have dispensed with this, and instead use the waste heat from the data center itself. 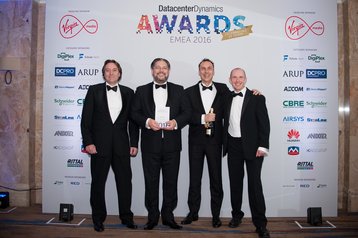 The data centers also have heat pumps which produce cold that is used to keep the temperature in the data center halls down.

At least one of the data centers was built by Digital Realty, which bought a building in Groningen from KPN in 2013, turned the site into a data center, and then leased it back to KPN.