Singaporean industrial giant Keppel has shifted the ownership of a data center into its real estate investment trust (Reit), to free up money to invest in more data centers in the region. 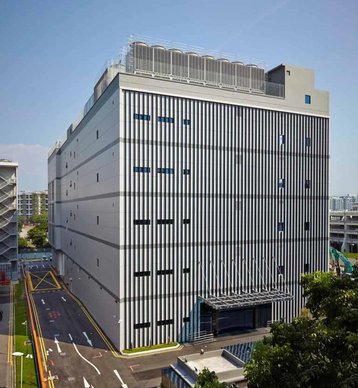 The deal, valued at $145 million (SG$202.5m) has been press-released to the world, but is very much within the family. Keppel Corporation has several major subsidiaries, and KDCH is a joint venture, set up in 2011 between two of these - Keppel Land and Keppel Telecoms and Transportation (Keppel T & T). The data center REIT which bought the facility is also a joint venture, between Keppel T & T and Keppel Capital.

SGP 3 is a five-storey colocation data center next to Keppel DC Singapore 2 in Tampines, in the eastern part of Singapore. It was formerly known as T27 or Keppel Datahub 2. KDCH opened it in 2015. KDCH has already transferred its previous two data centers to Keppel DC Reit.

KDCH is building a further facility - Keppel DC Singapore 4, which has a gross floor area of 183,000 sq ft. Phrase 1 core and shell construction for this should be ready before the end of 2016.

According to a statement from Keppel DC Reit, the proposed transaction will be funded via the net proceeds of approximately $275.3 million from a fully underwritten preferential offering of 242.0 million new units on the basis of 274 new units for every 1,000 existing Units in Keppel DC Reit held as at 5.00 p.m. on Tuesday, 25 October 2016.

According to Thomas Pang, CEO of Keppel T&T, the transaction unlocks value from KDC SGP 3 and recycles capital for Keppel T&T to pursue growth strategies across its investments in data centers and its other businesses, as well as maximizing overall returns for shareholders.

“Our extensive experience as a data center operator and the trusted partnerships we have built with our customers have paved the way for Keppel T&T’s data center division to secure recurring income streams as facilities manager of the assets, even after they are divested to Keppel DC REIT,” said Wong Wai Meng, CEO of Keppel Data Centres.

Keppel DC Reit currently has 11 data centers round the world, in countries such as Australia, Ireland, Malaysia, The Netherlands and the United Kingdom, with one currently under development in Germany.