Juniper impacted by trade war tariffs, moving some manufacturing out of China

Some costs are being passed onto customers, as company admits that shifting from China is difficult

Juniper Networks is feeling the knock-on effects of the ongoing trade war between the US and China.

The networking giant posted a decline in both profits and revenues, and warned on an earnings call that the migration costs of moving the bulk of its manufacturing out of China has slightly increased the cost of its products.

The company also admitted that that the cost of trade tariffs has been passed onto its customers. 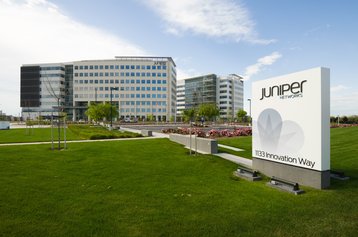 Juniper's admission was evidenced in its latest financial results, where it revealed that for the second quarter ending 30 June, it had posted a net profit of $46.2m - down 60 percent from a net profit of $116.5m the same time last year.

In addition, overall revenues at the networking giant fell to $713.9m from $824.9m a year earlier.

And despite Juniper's CEO Rami Rahim telling DCD earlier this year that he wished to sell more licences rather than boxes, routers very much remains the main revenue generator.

Router revenue came in at $417m for the quarter; switching meanwhile generated $215.6m; and security generated $81.4m for the firm.

Digging a little deeper, the squeeze on Juniper's results was displayed in its vertical breakdown, after it posted a very modest rise in cloud revenue ($285m from $284.4m) for the quarter.

Juniper's management sought to provide a positive tone for investors, but on a conference call opened up about the difficulties resulting from the trade war between the US and China.

“We experienced encouraging trends during the June quarter, as we saw sequential revenue growth across industry verticals and technologies,” Rahim said (via SeekingAlpha).

“We are making progress with our sales transformation efforts which, along with our strong pipeline of opportunities, is providing confidence in our ability to not only deliver sequential revenue growth through the remainder of the year, but also a return to year-over-year growth during the December quarter.”

Rahim also touched upon Juniper's data center performance in the past three months.

“In the data center, we believe the combination of Contrail Enterprise Multi-cloud and our QFX switches offer a compelling value proposition for customers looking to move from single-vendor private cloud environments to a multi-vendor multi-cloud state,” Rahim said. “These trends are beginning to play out in the market now and should accelerate in the years to come.”

But later in the conference call Rahim admitted the impact the trade war was having on the firm's performance, when he answered a question about moving most of Juniper's manufacturing out of China.

"From a tariff [perspective], the primary mitigation efforts have revolved around really changing where our manufacturing is being completed as an interest into the US,” said Rahim. “So we have a global footprint. As you know, we manufacture within China. We manufacture in other parts of Asia, which are non-tariff and we also manufacture in parts of North America, Mexico and US.

“So we have opportunity to move most of the production to other locations that was primarily done in China previously,” he said. “And that’s really resulted us mitigating the vast majority. That said, we’re not able - we are not - we’ve chosen not to move all production out of China, so there are still some products that we still manufacturer only in China.”

And Rahim the admitted that Juniper was passing some of the tariff costs onto the customer.

“We are passing along some of that tariff increase to our customers,” said Rahim. “We’ve been fairly successful of doing that. But there have been some situations where we haven’t been able to pass all the cost through, which is why we are seeing some impact to our gross margin.”