They don’t call the PTX100 Ant-Man for nothing…

Juniper Networks has launched the industry’s most compact fixed configuration core router - the PTX1000.This 2U device supports high density 100GbE networks and offers throughput of up to 3Tbps.

The PTX100 was primarily designed for cloud and content providers who run geographically distributed peering services, enabling them to cost-effectively scale out their core architecture across several data centers.

The router relies on the latest generation of proprietary ExpressPlus ASICs, launched in February. The new silicon improves performance, while considerably lowering power consumption over products launched by Juniper in 2014, averaging around 0.55 Watts per Gigabit. 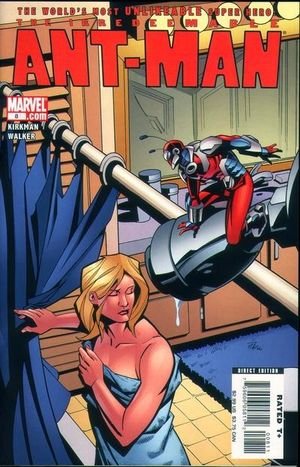 The Ant-Man of core routing

“Traditional peering models have been centralized in Internet Exchange Points driving bandwidth requirements up across the network. With the PTX1000, service providers can now distribute their peering sites down into local exchange sites or central offices, effectively pushing access closer to the content and lowering bandwidth demands across the network,” explained Nav Chander, research manager at IDC.

The PTX1000 is the smallest of the PTX Series routers – described as the Ant-Man of core routing by Donyel Jones-Williams, senior marketing manager at Juniper. It offers flexible configuration with up to 288 x 10GbE ports, up to 72 x 40GbE ports or up to 24 x 100GbE ports.

The device enables high automation of the network, with the hardware metrics available through a cloud-based analytics engine.

The device fits into Juniper’s Converged Supercore architecture, which intelligently combines IP and MPLS networks into a flat, elastic and customizable ‘MetaFabric’. Among other things, this approach helps customers to distribute the interconnections between many smaller routers without sacrificing overall network performance.

The PTX1000 router will be available either directly from Juniper Networks or through its partners in the third quarter of 2015.