With a combined performance of more than 18 petaflops

The Japan Meteorological Agency (JMA) will install two Cray XC50 supercomputers at its offices in Kiyose, Tokyo, with Hitachi serving as the prime contractor and system integrator on the project.

The two systems are expected to have a combined peak performance of more than 18 petaflops, and will be used to understand, model and predict the atmosphere, oceans and typhoons. 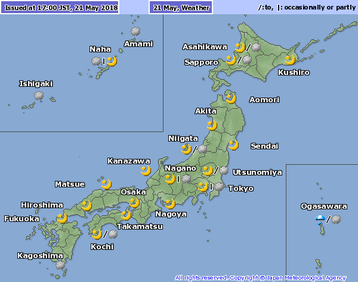 “Cray is excited to partner with Hitachi and to deliver these supercomputers to JMA so the weather authority can better predict and model the potentially devastating impacts of natural disasters in Japan,” said Mamoru Nakano, president of Cray Japan.

“Japan will benefit by having these powerful Cray XC50 systems and, most importantly, our technology supports the mission of our customers, which, in this case, means saving lives.”

Yoshinori Hosoya, president of government & public corporation information system division at Hitachi, added: “Hitachi and Cray have delivered the supercomputer system which provides JMA the most optimal resource to carry out their critical task.

“Hitachi will continue to cooperate with Cray and make the maximum effort possible to ensure that the agency remains as well prepared as possible in weather forecasting and its many other responsibilities.”

Specifics on the two deployments were not given, but each XC50 will feature Intel Xeon Scalable processors, and have three Lustre file systems. The XC50 - the latest in a line of high performance computing systems that dates back to Red Storm - was also deployed by Japan’s National Institutes for Quantum and Radiological Science and Technology (QST).

There, the four petaflop system will be used for plasma physics (turbulence, edge physics, integrated modeling) and fusion technology research.