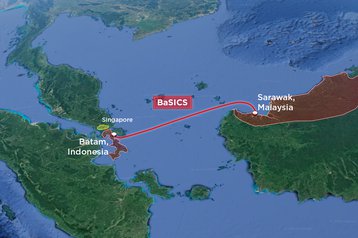 “Today, we see the next chapter in our story — the launch of our Batam Sarawak Internet Cable System (BaSICS) and our Tier IV data center at Santubong," said Irix CEO Jonathan Smith

The 700km (434mi) cable runs from a cable landing station in Batam, Indonesia, to Kuching in Sarawak, a Malaysian state on the island of Borneo. The system consists of six fiber pairs with 8Tbps per pair for a total system capacity of 48Tbps. XL Xiata is the landing partner in Batam.

The company has also launched a new data center in Kuching. The new facility, known as Santubong 1, is certified as Tier IV by Uptime, though specifications weren’t shared. The company said the campus includes its own Cable Landing Station (CLS), its own Internet Exchange (IX) in partnership with Amsterdam IX (AMS-IX), and will be connected to the Baleh Hydroelectric Dam which is scheduled for completion in 2027.

State Utility and Telecommunications Minister Datuk Julaihi Narawi said: “These will lay down the backbone needed to bring Sarawak's internet connectivity to the next level. With this infrastructure, latency issues like hanging and being unable to connect will be a thing of the past.” 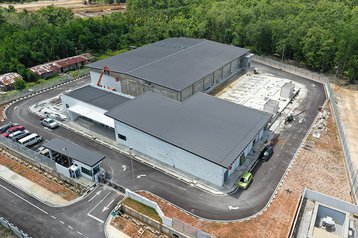 The new cable is one of several to land in Sarawak. The Sistem Kabel Rakyat 1Malaysia (SKR1M) connecting Borneo to the Malaysian peninsula at various points; the East-West Submarine Cable System running to the Malaysian peninsula via several Indonesian islands; and the upcoming SEA-H2X cable linking Borneo, Thailand, China, Singapore, and the Philippines all land in Kuching. The rest of the island has around a dozen more cables landing at various points in Brunei and on the Indonesian part of the island.

Established in 2008, PP Telecommunication rebranded to Irix earlier this year. PPTel is also participating in the upcoming SEA-H2X cable, which will also land at the company’s CLS in Kuching. BaSICS was originally due to go live in 2020; the data center was likewise delayed.

PLDT also recently launched the US-Transpacific Jupiter Cable system connecting Japan, the US; and the Philippines. Amazon, Facebook, NTT, PCCW Global, and SoftBank are all investors in the 14,600 km cable, which consists of 5 fiber pairs with a design capacity of more than 60 Tbps.