In a question put to Minister for Environment, Climate and Communications and Minister for Transport Eamon Ryan in the Dáil Éireann (Irish Assembly) this week, People Before Profit TD Bríd Smith asked if the government thinks its current policies around data centers in the country are compatible with its climate goals and targets.

Did you miss our Net-Zero online event? It's available on-demand! 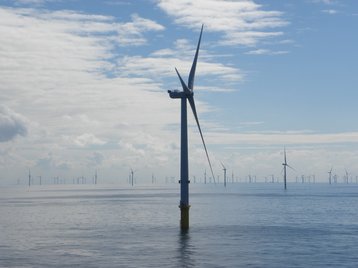 “There is growing alarm at the spread of data centers, what they are doing to our hopes of reaching the Paris Agreement targets, as well as our climate goals, and whether an economic policy based on the unlimited growth of data centers is compatible with any chance of tackling a climate catastrophe,” she said. “This is getting out of control.”

By 2030, half of the total of available renewable energy in the country would be “gobbled up by data centers, she said, asking Ryan to examine the planning legislation which allows data centers special status and fast-tracked planning permission.

“No other country in the world will have this level of data centers and facilitation of them,” she said. “It is an unsustainable and dangerous road for us to take.”

While Ryan said Government policy relating to data centers and any review would be a matter for the Tánaiste and Minister for Enterprise, Trade and Employment, he acknowledged Smith was right that the issue “must be center stage”.

“Our planning matches other objectives, including our decarbonization objectives. Every sector of the economy, such as the transport, agriculture and industrial sectors, including data centers, must fit in with our new climate action plan,” he said.

“We cannot allow industrial policy [to] go ahead of sustainability policy. It has to fit within it, like every other sector. I absolutely commit to putting that approach in the right order.”

He added any planning process will need to take into account EirGrid's analysis to show where is the optical locations for data centers and the limits of what can be sustained before any commitments are made.

“There will be opportunities in this country whereby, if we locate them correctly and have the grid correctly connected to them, we will be able to run data centers efficiently with low carbon, and possibly look at other matters.”

Despite having large renewable energy goals, the Irish Business Post recently reported that EirGrid is needing to rely on new fossil fuel power stations to ensure a stable power supply amid growing demand from data centers.

The Government has set a target that 70 percent of Ireland’s electricity will come from renewable sources by 2030. In its Generation Capacity Statement 2020-2029, EirGrid projects that demand from data centers could account for 27 percent of all electricity demand in the country by 2029, up from 11 percent in 2020.

Under new draft proposals being put forward as part of its Shaping Our Electricity Future consultation, large electricity users such as data centers would have to be placed close to sources of clean energy generation and away from the east coast in order to reduce local pressure on grids.

At present, EirGrid has no say on where high-demand users locate, according to the consultation, and is obliged to connect users to the grid wherever they choose, regardless of existing demand for power in the area.

While most existing and proposed high-demand users are choosing to locate on the east coast and place additional pressure on local demand, most developers of new renewable electricity want to locate in remote areas of the country, where the grid is weaker.

“Changes to government policy would see new high-demand users locate closer to sources of clean power,” states the proposal. “To make the most of existing grid infrastructure, they would be sited near major towns and cities in the west and south of the country.”