The facility was designed by Comtec Power, and Schneider Electric supplied its equipment

London-based colocation start-up has opened its flagship data center in the British capital.

Located centrally between the City of London, Canary Wharf and Canning Town, the cloud-neutral, vendor-neutral facility is marketed as an edge site, ostensibly aimed at serving the city’s financial district.

Central as can be 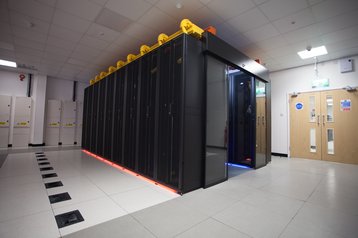 It promises low-latency connectivity with the London Internet Exchange, and offers a six backbone cabling system with network speeds ranging from 10Gb/sec to 100Gb/sec.

When it announced the data center’s imminent launch last year, the company said it would be expanding the data center with a second phase, though no date has been set for this.