IO in Singapore, one year on 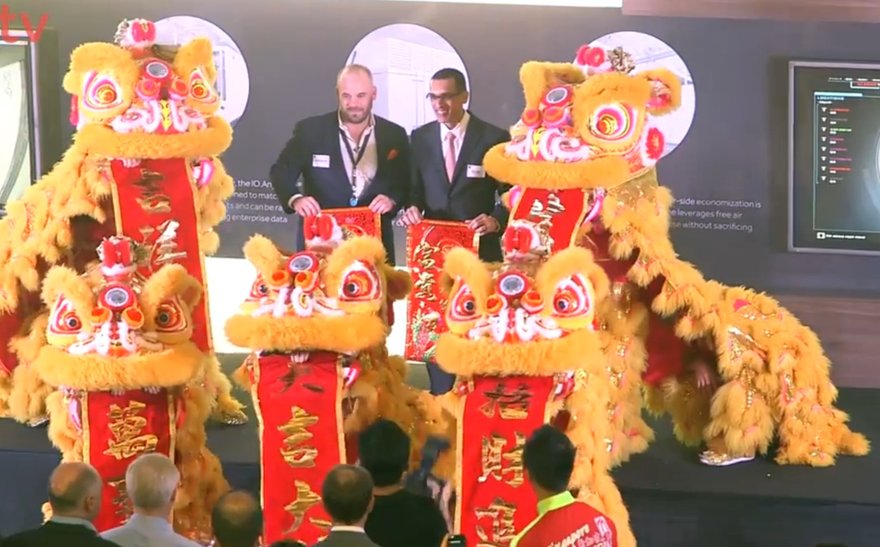 It was big news when IO opened in Singapore a year ago in September 2013. This was IO’s first data center outside North America, and Singapore was planned as the company’s regional office for the Asia-Pacific region. One year on, how is it going?

Unlike a traditional data center, IO uses modular infrastructure located within its data centers, hooked up to the building's power and cooling. The company uses its own DCIM (Data Center Infrastructure Management) system so customers can monitor and manage capacity, space, power, cooling and IT from a single view.

The company's sixth data center - its second outside the US - will come online in London next year. Until then, this is still IO's only overseas operation, and it is also the only provider of modular data center infrastructure in Singapore. DatacenterDynamics sat down with George Slessman, CEO and product architect, to find out how things are going, and ask about IO's future plans in the region.

The choice of Singapore
So how did IO settle on Singapore for its first data center outside of the U.S.? “We did a comprehensive market survey, looking at Hong Kong and Singapore and several smaller markets that are of interest to us,” said Slessman. The survey was done with Goldman Sachs, which became IO's anchor customer in Singapore.

The choice was pretty simple in the end, Slessman told us, as the survey found Singapore was by far the most commercially practical location for a data center site in Asia today. In April 2013, IO acquired a brownfield site - a former Seagate manufacturing plant at Ang Mo Kio Avenue 5. The building was fitted over a period of mere months to suit its requirements.

Earlier this year, Daniel Ryan, the senior director of sales at IO Singapore told us the company chose Singapore over other locations, because of high local demand and established infrastructure. He did note, however, that it was “a little more arduous” sourcing for large tracts of land in Singapore.

For a newcomer, IO likes to plan big: IO Singapore is currently the third largest data center in a country with one of the largest denisites of data center capacity in Southeast Asia.

The scorecard so far
When IO Singapore was first launched in September 2013, it contained eight modules like the one shown here. There are room for 122 more, and Slessman confirmed that the center now holds 22 modules.

So was the uptake to date along the lines of what the company had projected?

“We tracked the progression of each of the data center sites against each other, market adoption, acquisition, customers, contract value”, said Slessman. “Singapore in fact is up ahead of what we originally planned. This is a very successful location for us.”

“I think we were overly cautious in our planning," said Slessman. "We were being conservative. I also think that at the end of the day, success in the market is a direct result of your commitment to be part of the market". Slessman, IO's other founders and a couple of key executives, have spent a combined period of six months in Singapore over the last year. “We have a commitment in the region, and our success has shown up so far,” he said.

In the tropical environment of Singapore, Slessman is happy with the PUE (power usage effectiveness) of IO’s data center in Singapore. “Our DC here is operating with a real-time PUE of 1.3 to 1.5. These are unheard of PUE figures in Singapore,” he said.

How well are local data centers doing on PUE? Slessman laughed, suggesting that many data centers calculate PUE retroactively, and then pick and choose data from the most favorable time period. “I think the traditional DC is operating north of 2 PUE on a regular basis,” he finally said. “With the cost of power [in Singapore], that is a meaningful cost of operating a data center.”

Moving forward in Asia
So does the company have plans to expand in Asia, and what of the increasingly important issue of data sovereignty given the many countries in this region?

“Yes, we certainly have plans. We have aspirations to grow outside of Singapore, and in other parts of Asia at this point,” said Slessman. Data sovereignty is “one of the reasons” that IO wants to look to expand beyond Singapore, he said, hinting at a ready pool of customers that IO can onboard as it expands in the region.

“Our customers tend to be large enterprises. What many of them are doing are either consolidating or modernizing their data centers; they have data centers in other markets,” he said. “Typically, our customer already has other data centers [in other countries] that they are already utilizing.”

Growth can take on many forms though, and may not necessarily entail building new IO data centers in the region. Referring to the recent announcement of a partnership between Singapore telecommunications operator StarHub and IO, Slessman said, “As we continue to execute with StarHub, the goal is to use it as a model for executing this within Southeast Asia.”