New Travelers facility offers 30,000 sq ft of raised floor space, with another 30,000 planned for the future

According to Omaha.com, the 183,000 square foot facility in Sarpy County near Omaha will become the main hub for the company’s data processing operations, supplementing an ageing data center in Norcross, Georgia. 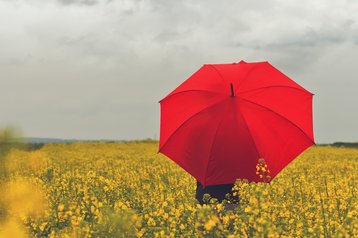 Travelers, known by its trademark red umbrella, is one of the largest commercial property and personal insurance companies in the US. It began offering insurance services in 1853 and has offices in every US state, as well as operations in the UK, Ireland, Singapore, China, Canada, and Brazil.

In 1969, Travelers became the first company to issue a policy for space travel, when it insured members of the Apollo 11 space flight and lunar expedition.

Construction work on the greenfield site took almost two years to complete. Travelers said that most of the equipment and building materials came from businesses in the state, and the data center is expected to employ at least 30 local residents.

Project Oasis offers 30,000 sq ft of raised floor space, with another 30,000 planned for the future. Redundant power to the site is provided by a brand new substation, built by the Omaha Public Power District.

Nebraska has become a popular location for data center projects, thanks to its generous tax exemptions: Yahoo operates a 300,000-square-foot facility in Sarpy County, and PayPal is also located in the area.