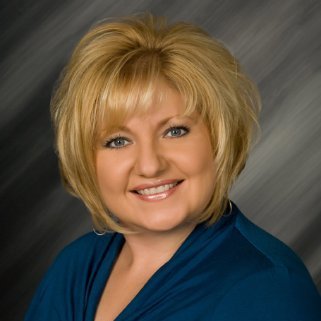 I recently returned from vacation in Orlando, where I had the opportunity to visit the Kennedy Space Center for the first time. It was exciting to see our customers and partners’ logos lining the walls as reminders of what high performance computing (HPC) has helped create. As I toured the launch sites and walked the halls of the exhibits, I was also filled with immense pride for the countless contributions of the women who served as trailblazers in space exploration.

August 26 is Women’s Equality Day, which commemorates the day in 1920 when women were granted the right to vote. Nearly 100 years later, we as women have come a long way and pushed many frontiers. But while women have broken through to the cosmos, on Earth we are still being left in the dust, specifically in the science, technology, engineering and mathematics fields — better known as STEM.

Although women make up about half of the workforce overall, we are severely underrepresented in STEM professions: In 2011, only about a quarter of workers in STEM fields were women. What can be done to close that gap?

A need to inspire early on
Unlike the right to vote, the gender imbalance in STEM jobs is not a black-and-white case of oppression. Certainly gender stereotypes and the education system at large are significant factors contributing to this discrepancy, but there is also a dearth of inspiration pushing women into these careers.

I have no doubt that each woman whose picture was displayed in the Kennedy Space Center was inspired by someone along the way - a parent, a teacher, a friend. I also think it’s safe to say that these moments of inspiration occurred when they were young. Christianne Corbett, co-author of the report Why So Few? Women in Science, Technology, Engineering and Math, notes that “very early in childhood — around age 4 — gender roles in occupations appear to be formed.”

This underscores the importance of having female role models in STEM fields that give girls someone to look up to. You can’t force an interest in STEM professions, but you can expose young women to them and see if anything sticks. Bring them to museums that explore the wonders of math and science or show how the smart devices they love are a marvel of engineering and technology.

All women in STEM have a remarkable sphere of influence. Together we can encourage and inspire the next generation to follow in our footsteps.

Why STEM?
Even in our technologically advanced world, there are still so many innovations to be conceived, developed and brought to market. We have an unprecedented opportunity to create, not just consume. Often, more so than in other fields, STEM provides an opportunity to be on the bleeding edge of what’s next.

I have been fortunate enough to play a role in launching three new industries as a marketer: VoIP, VPN and most recently Big Workflow, a new solution pioneered by Adaptive Computing.

Beyond the satisfaction of shaping the future, there are also significant financial gains to be had: Women in STEM jobs earn on average 33% more than their counterparts in other fields.

Inspirational women in STEM
Inspiration is best drawn from others, which is why I asked a few of my fellow colleagues in the HPC industry about their experiences. Here are three pieces of advice that emerged from these wonder women:

Find a mentor - SGI’s VP of global systems engineering Rhonda Dias, who has been in STEM for 27 years, offers these words to women beginning a career in STEM: “Believe in yourself and don’t let anyone question your chosen field. The most important thing is to find a mentor. Having someone to share experiences with and seek advice will go a long way.”

Be curious - Former IBM employee and now Cray’s product management director Dr Maria Iordache, recounted how she was the only female in her Ph.D. class, which was humorously accentuated by her professor’s greeting: “Good morning, lady and gentlemen.” She advises women to spend time with people that they admire by asking for a half-hour of their time for a quick chat or coffee. It provides a great platform to learn what steps they can take to prepare for a career in STEM.

Be accountable - Sue Kelly, a distinguished member of technical staff at Sandia National Laboratories, has been working in STEM for nearly four decades. She advises, “When completing a task, if your best wasn't good enough, that’s the end of the sentence. Don't look for another excuse. You can only improve yourself.”

The Future for Women in STEM
The beauty of STEM is it is constantly evolving. New positions, such as data scientists or sales engineers, are continuously being created, and they do not carry the precedent of being considered “male” and provide a blank canvas for women. New ventures are also always emerging, many of which will rely on HPC. With the renewed interest in space exploration, HPC will play a critical role in performing simulations and finding minor mistakes in advance to prevent major catastrophes.

I am optimistic for the future of women in these fields. The education system is dedicated to promoting STEM proficiency. Many of the largest technology companies are getting on board, such as Google’s US$50m commitment to Made with Code to expose girls to women who utilize coding in film, music and fashion. Certain STEM fields have less of a gender gap, and even more women than men in some cases.

It only takes one person to see something in someone else that inspires her. For me, that individual was my father. He imparted several words of wisdom that still stick with me today, my favorite being: “Always question. Question with boldness. There’s nothing in the world that you can’t do, so go for it.”