Infomart Data Centers has announced plans to upgrade the security of its Dallas facility, the largest data center in Texas.

The project will be carried out in two phases, during which the carrier-neutral building will add new physical security features. The company will also establish a security council which will work on new access and visitor management policies and procedures. 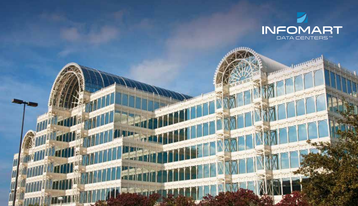 The first phase is planned for completion by early September and will look at entrance access and visitor management, introducing such features as badge access control devices across all building entrances, a new security operations center in the front lobby, additional camera coverage throughout the campus, and a 54 percent increase in security staffing.

The second phase aims to be completed by the end of the year, bringing a new building security system, additional site fencing, call boxes, more surveillance, and queuing lanes allowing for proper vetting of deliveries.

“Infomart Dallas, the primary carrier hotel in the country’s third-largest data center market, has evolved significantly since we acquired the building a decade ago,” Infomart president John Sheputis said.

“Even with the phenomenal growth of network and IT investment in the building, Infomart Dallas remains much more than a data center. Nearly 2,500 people enter and leave this building every weekday, and there are hundreds of deliveries daily.”

Infomart Dallas is also in the early stages of a 30MW, 300,000 square foot expansion to the 1.6 million-square-foot building. It recently completing the first stage by adding a 3MW multi-tenant data center.

Currently, the facility has 24,000 sq ft of raised floor space, 100MW of electrical supply available, and hosts more than 75 carriers.