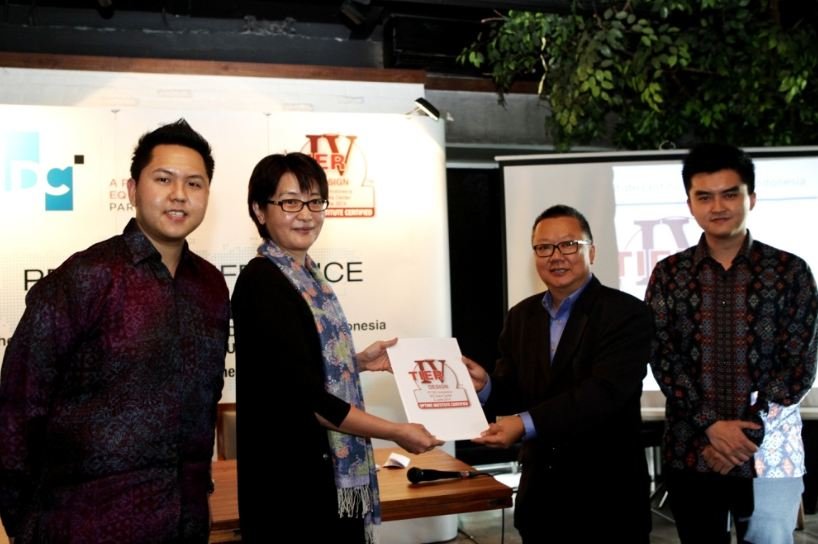 Opened in May last year, the data center was built in partnership between Equinix and PT DCI at Cibitung, West Java.

Being certified as Tier IV means an availability of 99.999%, or just five minutes of downtime in a year. This is impressive not only because the vast majority of data centers in the region are Tier II and Tier III developments, but also for the unreliable power provisioning in Indonesia. See an earlier report on “The challenges with operating in Indonesia” here.

Clement Goh, managing director for South Asia at Equinix last month said the DCI data center is located within an industrial park that has its own power generating plant, and which had “a very good track record over the last 20 years in terms of not having outages.”

PT DCI has used its plant to overcome challenges with power provisioning by local suppliers.

PT DCI said the DCI data center infrastructure uses a redundant power source that will automatically kick in should the primary supply fail.

In addition, related mechanical and electrical devices are placed in separate locations so that at least one set of equipment will survive a localized disaster in the data center.

As such, the Tier IV certification means customers from the finance, telecom, cloud computing, e-payment, and oil and gas industries can have the assurance that the DCI data center is capable of offering the highest level of uninterrupted operations.

“The Tier IV Design certification from the Uptime Institute shows the seriousness of PT DCI Indonesia to keep abreast of global developments, as well in order to be superior to the other data center providers,” Adrian said.