The largest of the proposed sites is a 150MW campus in Hyderabad, which could span two million square feet.

The somewhat smaller projects in Mumbai and Chennai will both cover one million square feet, with 100MW and 70MW of potential power capacity respectively. 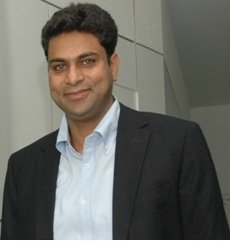 In an interview with Indian tech site Express Computer, Sridhar Pinnapureddy, founder and CEO of CtrlS, said: “CtrlS is investing Rs 2,000 crores ( $278.6 million) in setting up three hyperscale data centers in India. With this, we will emerge as the world’s largest Tier-4 data center player with 5 million square feet of total data center space spread across 10 data centers in India.”

Along with the new hyperscale sites, the company is also planning to build a second Mumbai facility, which will operate with 15MW of power capacity over 150,000 square feet.

The hyperscale data centers in Mumbai, Hyderabad and Chennai would cater to the increasing demand for data localization, resulting from changes to government policy.

Opponents of data localization rules say these moves could limit the growth of Indian startups, as well as negatively affect larger companies that process foreign data in India.