Order valued at $14.9 million, including taxes

Indian telco RailTel has won a data center order worth nearly $15 million from the local government.

The government-owned telecommunications company’s order came from the Madhya Pradesh government and calls for the expansion of the State Data Center (SDC) and the creation of a disaster recovery (DR) center.

State data centers were set up in India as part of the National eGovernance Plan of India and are envisioned to be ‘shared, reliable and secure infrastructure services centers for hosting and managing the eGovernance Applications of the state.’

These applications include a central repository for the state, secure data storage, online delivery of services, a citizen information and services portal, a state intranet portal, disaster recovery, remote management and service integration. 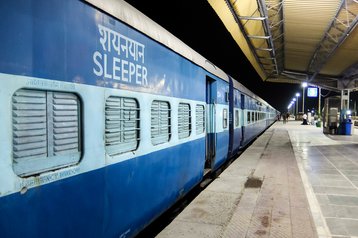 Funding for this order was raised through an open competitive bidding process, bringing a total of RS. 115 Crore including taxes ($14.9 million). Specifications weren't shared.

The investment is intended to improve accessibility for citizens, with citizen-centric beneficial schemes involving e-governance applications becoming available ‘at the click of a mouse.’

The National eGovernance Plan intends to make infrastructure available even in the remotest of villages. According to the Government website, it will “Make all Government services accessible to the common man in his locality, through common service delivery outlets, and ensure efficiency, transparency, and reliability of such services at affordable costs to realize the basic needs of the common man”

The company’s chairman and managing director Shri Puneet Chawla, who previously worked as the executive director for the Ministry of Railways, said: “RailTel has established itself as a prominent Information and Communication Technology (ICT) provider and as one of the largest neutral telecom infrastructure providers in the country.

“Securing this prestigious project from the Government of Madhya Pradesh is an endorsement of RailTel’s key position in the domestic IT space based on its strong technology expertise, process excellence, and superior execution capabilities. With this, RailTel is well-positioned to win other State Data Centre (SDC) projects as well.”

Formed in 2000 with the aim of modernizing India’s communication infrastructure, RailTel owns fiber along the country’s rail networks. The network runs along more than 60,000 route kilometers and covers more than 6,000 railway stations across India. RailTel, owned by Indian Railways & the Ministry of Railways, has two core Tier-III certified data centers in Gurugram and Secunderabad from which it offers colocation services.

The company has been in the news already this year, with the announcement that it was looking for a partner for over 100 Edge data centers across India’s rail network.