The Indian Institute of Technology (IIT) Roorkee has inaugurated a new supercomputer.

The IIT this week announced the deployment of Param Ganga, which offers 1.66 petaflops of performance. It didn't provide further specifications or system details. 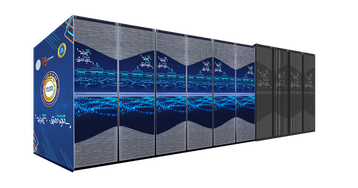 The new system, designed and commissioned by the Centre for Development of Advanced Computing (C-DAC) under the auspices of the National Supercomputing Mission (NSM), is already operational, and was inaugurated in a ceremony this week.

B. V. R. Mohan Reddy, chairman of the Board of Governors for IIT Roorkee, said: “The critical components of PARAM Ganga, such as motherboards for compute nodes and direct-contact liquid cooling data centers, are manufactured in India as per the Government of India initiative of Atmanirbhar Bharat [self-reliant India].”

The NSM plans to build and deploy 24 facilities with a cumulative compute power of more than 64 petaflops. 11 systems, including Param Ganga, have been deployed so far totaling around 20 petaflops. A new 3.3 petaflops supercomputer known as Param Pravega was recently installed at the Indian Institute of Science (IISc) in Bengaluru as part of the program.

IIT is a public technical university located in Roorkee, Uttarakhand. The Computer Centre there was established in 1978 as RURCC (Roorkee University Computer Centre), launching with a DEC-2050 system from Digital Equipment Corporation. It previously hosted the 100 gigaflops Param 10000 HPC system ('Param' meaning 'Supreme' in Sanskrit) in the late 1990s and into the 2000s. It currently hosts an Nvidia DGX1 system and a 16-node/158 core Linux system.