The Competition Commission of India (CCI) has rejected a complaint of alleged anti-competitive practices made against the National Stock Exchange (NSE) over its colocation services.

The complaint, submitted by a retail investor, alleged NSE was ‘indulging in practices of granting preferential market access to select brokers’ and ‘creating artificial information asymmetry and market manipulation’ through its colocation facilities.

The complaint alleged the colo facility allowed some brokers to operate closer to their servers upon payment of additional fees to NSE, providing a latency advantage on trades.

The complaint argued the colocation facility ‘created a divide’ between two classes of trading members; one who can afford and pay for such facility and set up their infrastructure inside the exchange so as to get faster information, as opposed to other members, who receive trade information later than the privileged members of the exchange.

“As a result of such preferential access, the competition amongst market participants was allegedly eliminated,” read the complaint. 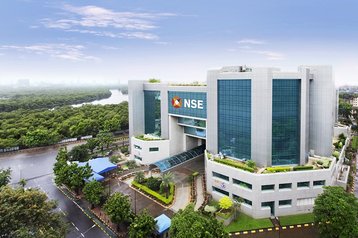 However, the commission disagreed with the idea that a colocation facility is inherently anti-competitive, saying how the use of colocation facilities by exchanges "helps increase volumes of trades manifold and provides liquidity to investors."

“The Commission is of the opinion that there exists no prima facie case...consequently no case for grant of interim relief’s as sought in the information arises and the same also stands rejected,” said the CCI.

“Any intervention by the Commission to stop the colocation facility which has been in place since 2009 and is on offer not just by NSE, but by BSE as well, will be retrograde.”

CCI noted, however, its decision is purely in relation to competition law in the Competition Act, 2002 and not applicable to any other ongoing proceedings against NSE.

NSE has offered colocation services since 2010 from its data center in Bandra Kurla Complex in Mumbai. In February, the NSE went down, halting trading for several hours, with the NSE saying both of its telecoms suppliers were having issues. The company later blamed failover logic and configuration issues from its Storage Area Network (SAN) vendor for an outage last month.