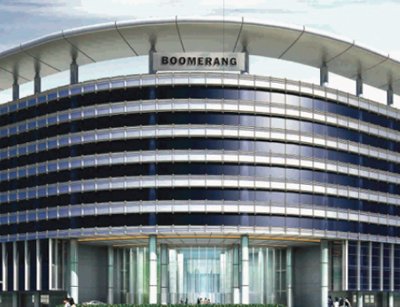 The design certification recognizes maximum reliability at a data center site, and around the world only 23 other facilities have received the accreditation so far.

While many data center operators say their facilities are designed to Tier IV standards, few are actually accredited.

GPX has a key focus on data center activity in emerging markets, and commercial markets along the key subsea cable systems, offering colocation and other data center services.

On its website, GPX says its aim is to be a “premier provider of carrier neutral colocation facilities within the MENA and South Asian markets”.

Its Mumbai facility will be officially open in Q3 this year.

A fully redundant HVAC system provides precision cooling and to protect all equipment, moisture barriers have been set up on all exterior walls as well as isolated pump areas and slab waterproofing.

The Toronto DC3 facility, which has an emphasis on uptime, has 30,000 sq ft of raised floor with room for 1,000 cabinets.

Primus didn’t stop at Tier III when it came to fault tolerance, however, designing the data center to meet fault tolerance requirements of a Tier IV facility.

According to Uptime Institute Senior Tier Certification Authority Vince Renaud, Primus performed 39 functional demonstrations at the data center before it received its certification while the Institute was on site.

“The Primus facility passed all demonstrations on the first attempt," Renaud said.