Will be used for nuclear energy research

The $19.2 million Department of Energy (DOE) system, named after a central Idaho mountain range, will be available to users in early 2020. At 8.9 petaflops, the HPE machine is the 37th most powerful supercomputer in the world, according to the November edition of the Top500 list. 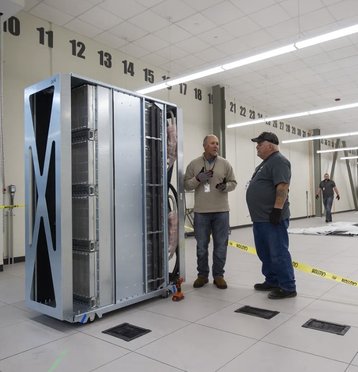 Funded by the DOE’s Office of Nuclear Energy through the Nuclear Science User Facilities program, Sawtooth will primarily be used to research nuclear fuels and reactor designs.

“It will help guide the future of nuclear energy.”

John Wagner, associate laboratory director for INL’s Nuclear Science and Technology directorate, added: "With advanced modeling and simulation and the computing power now available, we expect to be able to dramatically shorten the time it takes to test, manufacture and commercialize new nuclear technologies.

"Other industries and organizations, such as aerospace, have relied on modeling and simulation to bring new technologies to market much faster without compromising safety and performance.”

Idaho’s three research universities will be able to access Sawtooth, as well as the slower Falcon and Lemhi systems, via the Idaho Regional Optical Network (IRON), a speed fiber optic network.