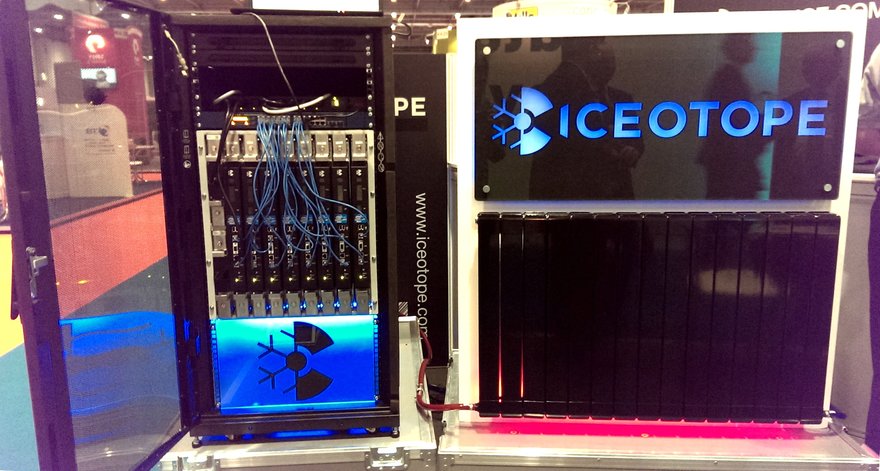 British start-up Iceotope is scaling up manufacturing efforts to meet the demand for its proprietary ‘total liquid cooling’ server systems. The company expects to announce wider availability of production models in November, at DCD Converged in London and SC14 in New Orleans.

“We’re building out our capacity, making iterations to the product that are more suited to mass production,” founder and 'Chief Visionary Officer' Peter Hopton told DatacenterDynamics.

Iceotope has also reported on the success of pre-production technical trials at the University of Leeds and the Poznan Supercomputing and Networking Center, where it managed to considerably improve performance-per-Watt. The findings were presented at IP Expo in London.

“All we do is cool”
Iceotope systems wrap each server blade in a metal case filled with dielectric coolant, helping avoid the costs and carbon emissions associated with the need to cool the entire data center. The heat from the blades is extracted through a secondary system that circulates water.

‘Total liquid cooling’ means the systems don’t feature a single fan. And since there are no fans, they run considerably quieter than air-cooled servers.

The liquids do not leave the system so there’s no waste, and water can be mixed with additives to increase its conductive properties. It can even heat the building, if the pipes are routed through domestic radiators.