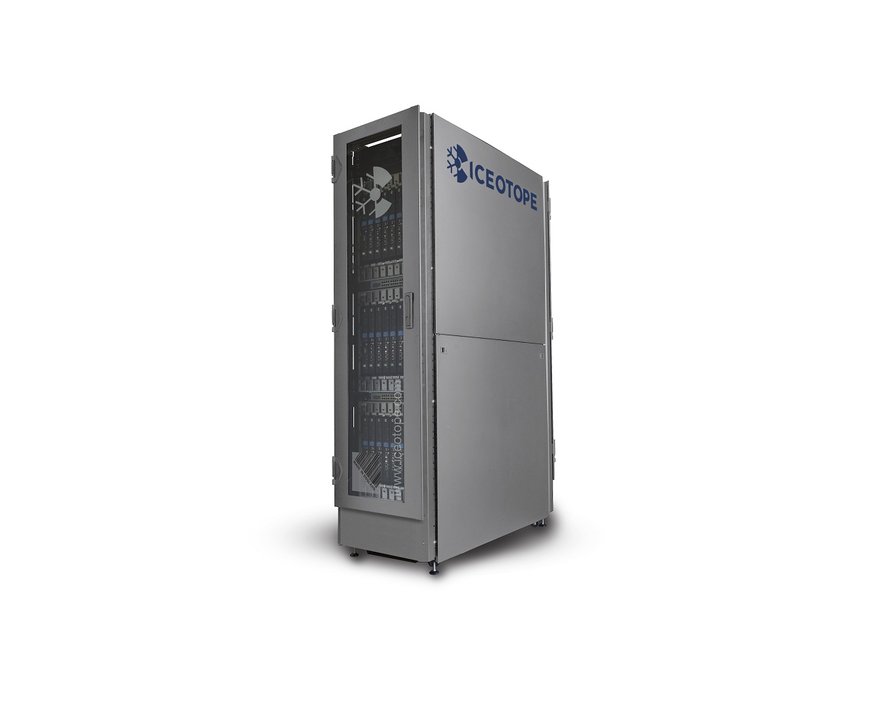 UK-based cooling expert Iceotope, the British-based sustainable IT cooling provider, has delivered its cooling system for high-performance computing, under the name Petagen.

Developed over the last several years, and in use at various locations, the Iceotope system is now in production thanks to a development partnership with Intel. It cools servers by total immersion with a liquid jacket on the server blade and inert coolant circulating around the rack, and the productioni versions are on show at Datacenter Dynamics Converged in London.

Cool for HPC cats
The Iceotope system has been in use at the University of Leeds and the Poznan Supercomputing and Networking Center, where it delivered impressive performance-per-Watt as well as a low power usage effectiveness (PUE) score. It got the PetaGen name, apparently, because it is designed for the "petabyte generation" of supercomputers, which Iceotope says use chips that Hopton says are otherwise "uncoolable".

“We’re building out our capacity, making iterations to the product that are more suited to mass production,” founder and 'chief visionary officer' Peter Hopton told DatacenterDynamics at IP Expo in London in October. “Some of these top-end chips are, for a lack of a better word, ‘un-coolable’ for other liquid cooling systems. Given the excessive heat involved at the high end of computing, most liquid cooled systems can only handle mid-low density IT, the kind which simply isn’t suitable or used by the most advanced HPC or data centre facilities – we’re looking to put a stop to that with PetaGen.”

PetaGen is a fully sealed liquid cooling system that immerses electronics in a non-conductive fluid - 3M's Novec. The system has no fans and operates silently, allowing HPC servers to be deployed in normal offices.

Liquid cooling also allows the heat output of the servers to be re-used, since the waste heat is captured at a relatively high temperature, producing water at 45C (113F) which can be used in room and water heating systems.

Normal air cooled facilities operate at up to 2.6kW per sq metre and require large quantities of both internal and external supporting infrastructure. Iceotope’s patented technology increases density by fitting in more devices, reducing IT infrastructure and increasing IT performance. Iceotope’s PetaGen is available in various cabinet sizes, supports up to 72 blade servers per cabinet, up to 60kW of power and cooling and its modular design also decreases the amount floor space needed, typically offering 7.4kW-14kW of IT per sq metre.
We need to revaluate how we use IT now and how we design, build and operate the data centre should be a top priority.”

The system uses minimal energy resources – In a traditional data centre, cooling can account for as much as half of energy used - and does not depend on clean water. It can also do away with paraphernalia such as raised floors, computer room air conditioning (CRAC) units and air filters.

It can also improve performance, allowing equipment to be carefully over-clocked.