ICANN transitions out of US control, despite Trump, Cruz opposition

The US will no longer have control over the Internet Corporation for Assigned Names and Numbers (ICANN), with a long-planned transition to international control successfully taking place despite partisan opposition.

Senator Ted Cruz previously threatened another government shutdown over the issue, and was joined by Republican Presidential nominee Donald Trump in calling the move a threat to US power and Internet freedom. 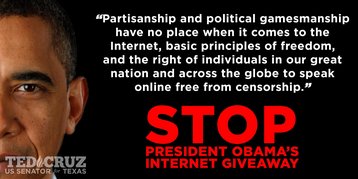 Almost twenty years ago, the US promised to shift all Internet functions under international control, with the last aspect of that - the US Department of Commerce’s overseeing of ICANN - being confirmed as set for transition in 2014, in the wake of the Edward Snowden revelations.

In theory, US control over the Internet’s naming and addressing system allowed it to be able to make entire countries “go dark” by removing them from the central naming system. However, such a move would likely have sent shockwaves through the global community and led to Balkanization of the Internet where each country would attempt to apply its own rules.

The argument given by those in favor of the transition was that doing so was the best way to ensure the Internet remained one entity, and that foreign powers such as Russia and China did not seek their own alternatives. In 2012, both countries tried to shift the DNS to control by the International Telecommunications Union (ITU), part of the UN, but failed when the US, UK, Canada and Australia voted against it.

Numerous Republican politicians, however, view the ICANN transition differently, saying that it would give up a key piece of American power over the Internet. “The US created, developed and expanded the Internet across the globe. US oversight has kept the Internet free and open without government censorship – a fundamental American value rooted in our Constitution’s Free Speech clause,” Trump National Policy director, Stephen Miller said.

“Internet freedom is now at risk with the President’s intent to cede control to international interests, including countries like China and Russia, which have a long track record of trying to impose online censorship. Congress needs to act, or Internet freedom will be lost for good, since there will be no way to make it great again once it is lost.”

On Friday, district attorneys representing four US states filed a legal challenge in Texas claiming that the root file on the world’s DNS was property of the US government, meaning that congressional approval was required to hand it off. The challenge was dismissed.

Numerous trade bodies representing the likes of Google, Facebook and Microsoft lobbied in favor of the transition, with Andrew Sullivan, chair of the Internet Architecture Board, saying of Cruz’s fears: “It sounds like a fairy tale to anyone who understands how the Internet works.”

However, with ICANN now a free entity that describes itself as a “multi-stakeholder” non-profit that will take on board the views of companies, experts, academics and nation states, there is still some cause for concern.

“Although this is an important step in the transition process, there is still much work that needs to be done to ensure the accountability and transparency of ICANN. We look forward to working with the multi-stakeholder community on these ongoing efforts,” the Internet Governance Coalition said in a statement. The coalition represents companies including Google, Juniper, Microsoft, Cisco and Facebook.

ICANN has been previously criticized for its apparent lack of accountability and transparency. The new structure will not give governing control to any single body, but ICANN will remain located in Los Angeles, USA.