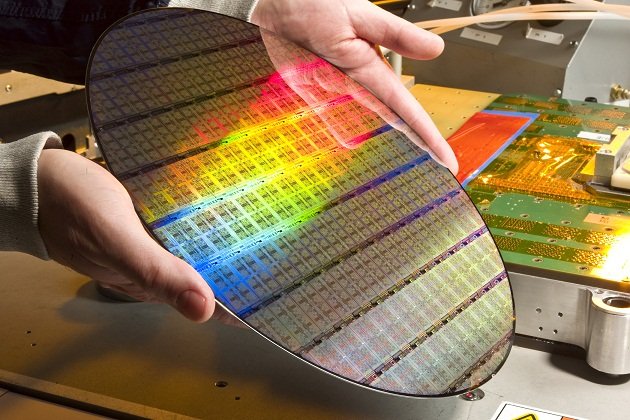 UPDATED: IBM is getting shot of its semiconductor unit, but it will have to pay contract chip-maker GlobalFoundries $1.5 billion to take on the loss-making business, the two companies have confirmed.

The IBM-GlobalFoundries deal has been rumoured since the summer. IBM's chip-making business in New York makes a loss and the company has been under pressure to increase profitability by disposing of poorly performing divisions. On Sunday, the Wall Street Journal, predicted silicon is the latest thing to go, and IBM confirmed it in a press release today.

The chips are down
Although the move is significant, it doesn't spell the end of IBM's Power Risc processor, which will be made under contract. GlobalFoundries will become IBM's exclusive server processor semiconductor technology provider for 22 nanometer, 14nm and 10nm semiconductors for the next 10 years, the IBM release says.

Chip foundries are very expensive to run, and only a business with very deep pockets - and a determination to keep up with Intel -  can keep them up to date.  GlobalFoundries was created when Intel rival AMD admitted it couldn't keep up on the manufacturing side, and spun its foundries off; the firm is now owned by the Abu Dhabi government.

GlobalFoundries will get the expertise of IBM's highly-respected engineers as well as intellectual property (in otherwords, thousands of patents). It will also give IBM a guaranteed supply of Power chips for mainframes and large scale computers. GlobalFoundries is contributing $200 million of resources, which will offset the price IBM is paying, according to Bloomberg.

IBM will keep up its work on the Power chip design, which is proposed for other markets through the OpenPower initiative. IBM recently launched the first new Power server designed with the OpenPower Foundation.

IBM has been divesting hardware businesses lately, including selling its x86 server business to Lenovo, and will be focusing on services and its cloud business.